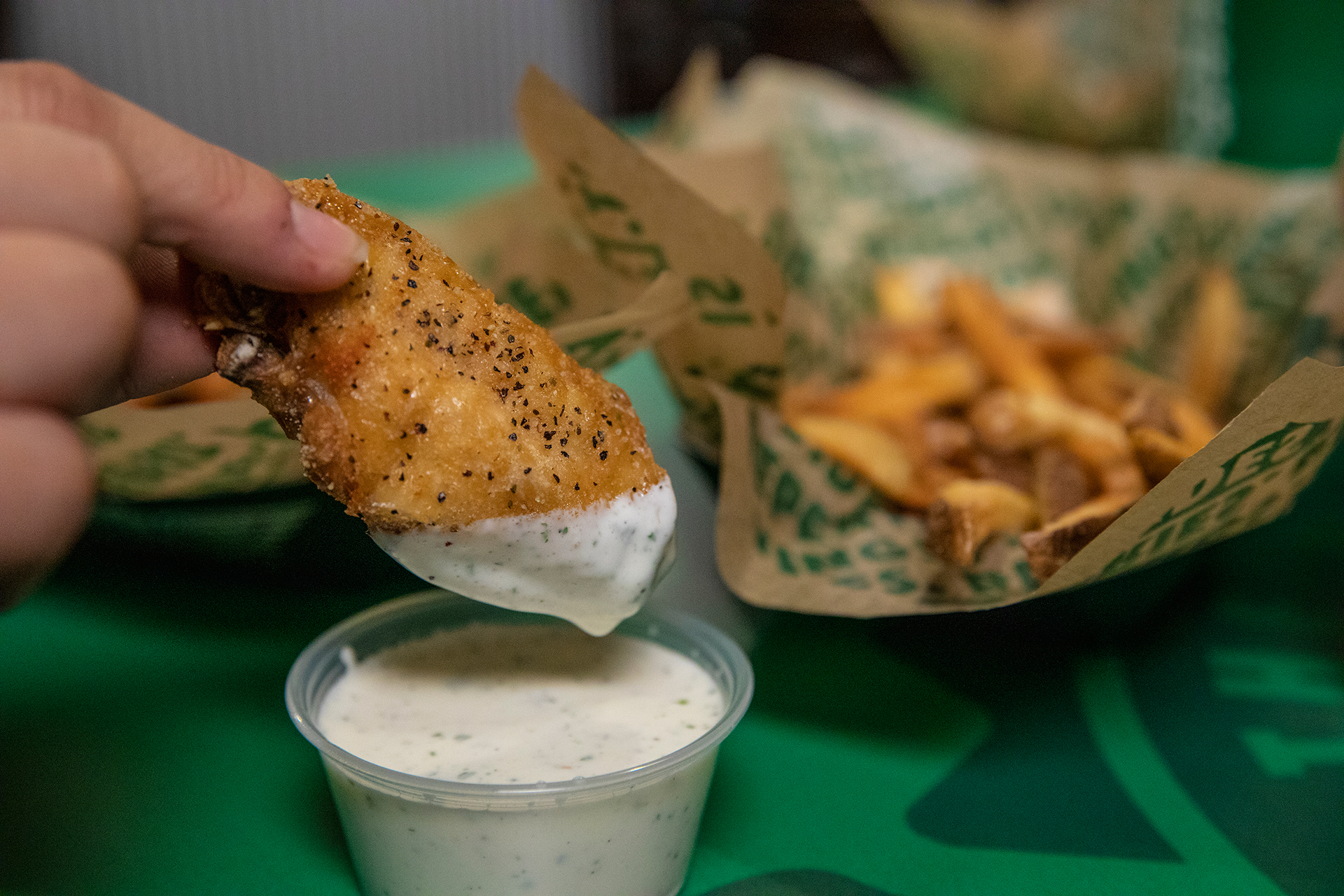 Wingstop Worker Shows How His Ranch Dressing Is Made: ‘Why It’s So Good’

An alleged WingStop worker showed more than a million viewers exactly what goes into the chain’s Ranch dressing, but one ingredient surprised some.

The worker, who uses the online name @yareli.romo, took to TikTok to share a video of the process of mixing a batch of Ranch dressing, explaining, “How to make WingStop Ranch.”

In just 10 days, the video gained over 1.8 million views as viewers expressed shock at the amount of mayonnaise in the condiment.

@yareli.romo filmed a worker, although it is unconfirmed if it is them or a colleague, heaping mayonnaise from a jar into a large box, almost full of mayonnaise.

Next, a carton of cultured whole buttermilk was added. Empty boxes in the background suggested that much more had also been added.

Finally came packs of ranch seasoning. Although the brand was hidden, a comment from an alleged former Wingstop official claimed it was Hidden Valley Ranch seasoning.

The comment detailed the recipe for a batch of ranch dressing as “three gallons of mayonnaise, six cartons of buttermilk, and nine packets of Hidden Valley Ranch seasoning.”

Many respondents to the video seemed shocked by the inclusion of mayonnaise in the ranch dressing, which others thought was obvious.

“Wingstop Ranch is officially ruined for me. I suspected it was mayo but refused to accept it,” another said.

Ranch dressing most often contains mayonnaise as the main ingredient, although it is possible to make the dressing without it. Often, ranch dressing consists of buttermilk, sour cream, mayonnaise, and various herbs.

The dressing was created by Steve Hanson in the 1950s, who is said to have developed it while working as a contract plumber in Alaska. When he and his wife opened Hidden Valley Ranch, they began selling the dressing as a complete product and as a powder to mix with buttermilk and mayonnaise, like in the Wingstop video.

For those who don’t object to using mayonnaise, the video actually inspired them to enjoy the ranch dressing even more at Wingstop. “I’m going to drink Wingstop Ranch,” one user commented.

“I need this recipe, but in a home version for one person,” said another, while another user noted that the recipe shown is exactly “why is it so good.”

The amount of ranch dressing served to customers at fast food restaurants has long been a topic of discussion. Last year, a Jack in the Box worker was dubbed a ‘hero’ online after a viral video showed them handing out a cardboard box full of band-aid along with an order.

In the video, the customer requested a “raw amount” of ranch and received around 140 sauces in return.