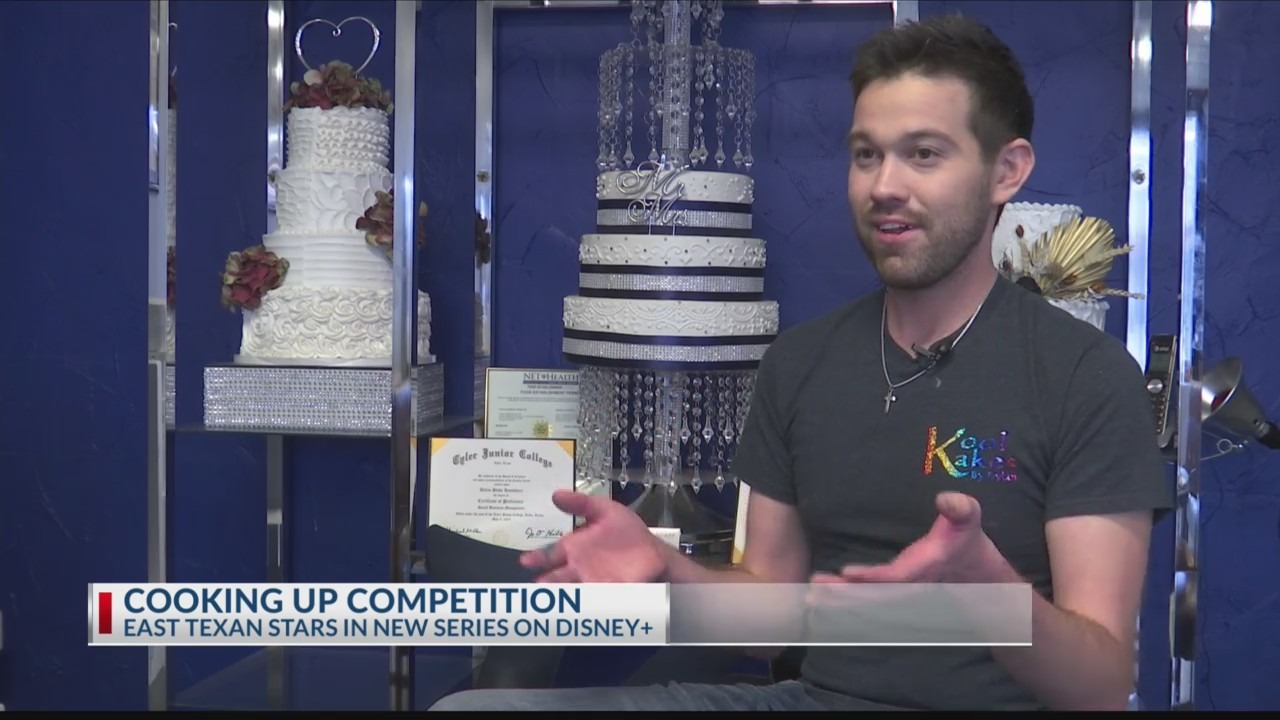 WHITEHOUSE, TX (KETK) – Many in East Texas may know him from Kool Kakes By Dylan. Whitehouse’s Dylan Humphrey is prepping for a competition on the latest Disney + Foodtastic series.

“Return of the Jedi,” “Selena” added to National Film Registry

The 27-year-old chef discovered his culinary passion from an early age.

â€œI started cooking when I was 12 years old. I was cooking in my grandma’s kitchen, and that’s kind of where the cake part started, and I took classes at an arts and crafts store when I was 12. I made my first wedding cake when I was 13, â€Humphrey said.

Running a business in high school until his Whitehouse storefront opened at the age of 21, when asked to be on Food Network for the first time. However, he describes the filming with Disney as …

â€œUnlike any other show experience I’ve ever had,â€ Humphrey said. “So our episode was The Lion King, and we were given the Adult Simba, so we had to create the Adult Simba part of his story.”

â€œI had the opportunity to work with two other cake decorators from Florida, and my role in this piece was a lot of backdrops and background details and just a lot of little things to make it pop and come together. “said Humphrey.

The team took food from the everyday kitchen and turned it into a work of art.

â€œOverall, to create this larger-than-life food landscape, it took us about three days or about 12 to 14 hours to create this,â€ Humphrey said.

â€œI can’t wait to see the final piece play out on the big screen,â€ said Humphrey.

Foodtastic episodes are available to stream on Disney Plus.