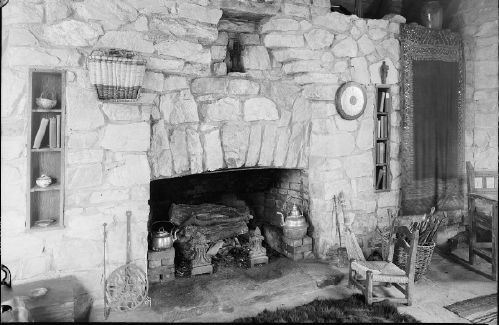 There was a very distant time when the luxury products that we know today were not as varied. If you had the desire to visit a friend in the nearby town, you would plan to walk or ride a horse. If you decided to bring your family, all you had to do was hitch your family horse to your wagon and travel that way. When the family planned the two communal meals for the next day, the options were also very limited. The seasons dictated the main course of our Concord ancestors, with certain foods being served year-round. During the fall harvest, fruits and vegetables were plentiful and our colonial-era ancestors tended to indulge in them for quite some time. The common theme for survival on all fronts during this early period was planning. Plan your trips, plan your meals, and certainly plan for the coming seasons, especially New Hampshire’s long, cruel winters.

The very first settlers of Concord lived a lifestyle with hardship on many fronts. Daily routines were tough, and calories were needed to fuel the hard work that came with them from sunrise to sunset.

The most commonly eaten meal for breakfast and dinner was a bean or pea porridge. This communal meal eaten twice a day fed the first generations of settlers and was widely accepted as the expected meal, twice a day. Bean or pea porridge was usually supplemented with bread and butter. The Sabbath day was recognized with a special treat, the daily porridge and bread were accompanied by coffee or chocolate. A very special treat encouraging our ancestors to look forward to the Sabbath every Sunday morning.

The daily supper, most certainly porridge once again, sometimes varied according to the provisions and the seasons that accompanied the day. Baked or boiled meat with peas or beans was sometimes accompanied by baked or boiled puddings. Daily Bread was an opportunity for Colonial Wife Concord to inject some creativity, a variety of breads. The bread most commonly served at every meal was simply called brown bread, made from rye and corn flour. Breakfast and supper meals were eaten at a common table in each house, a time to gather as a family and discuss the day’s events after the prayer was over.

The meals served were always produced by the woman of the house. Eldest daughters sometimes assumed this responsibility in homes where a wife might have died. This eldest daughter would also take on the responsibility of raising her younger siblings and doing all the household chores until the many children were old enough to take on the responsibilities. The original recipe used by our Concord ancestors centuries ago was quite simple and common for generations. One quart of beans or peas would be added to four gallons of water. Two or three pounds of beef or pork would also be added depending on availability. Ingredients were added and mixed in a large iron kettle and placed on the arm extending above the fireplace in the house. The flour was boiled until the meat was fully cooked, when sufficiently cooked the meat was removed and a corn meal was added to thicken the liquid. This recipe completes a long-lasting and very satisfying porridge.

Once the porridge was finished, the family gathered for their common meal, they indulged in a particular way to consume their porridge. The colonial period in Concord provided very few kitchen utensils. Most of the utensils, bowls, plates and mugs were simply made by the householder and from wood found in the surrounding forest. At mealtimes, the porridge was dipped or poured into wooden bowls and distributed to each member of the family in equal amounts. Family members consumed their wooden bowl of porridge with a wooden spoon. A delicious hot meal that will satisfy anyone living in Concord during the colonial period.

In times of prosperity or festivals, additional dishes were available. Another common meal eaten on special occasions was known as baked pumpkins and milk. Only available in the fall during the pumpkin harvest, it was a luxury our ancestors looked forward to after a long day of harvesting. The settler would choose a hard-shelled pumpkin, remove the stem, and dig a hole big enough to fit a hand through. The seeds would be scraped from inside the pumpkin and saved for later roasting. The cavity of the seedless pumpkin would then be filled with milk and placed over a very hot fire for cooking. A lid would be placed over the kettle so that the roasting pumpkins would cook properly at this high temperature. The cooking process took about twelve hours, then the roasted pumpkins were removed. Fresh milk would again be added inside the pumpkin at serving time. The delighted recipient of this colonial-era pumpkin flour and milk would use a wooden spoon and dig inside the milk-filled roasted pumpkin and consume this special delicious treat. New Hampshire Governor John Langdon was said to have enjoyed his pumpkin and milk treats while visiting Concord as a boarder at Deacon John Kimball’s residence.

Colonial-era settlers embraced the life they led, accepted hardships, and enjoyed life when the weather permitted. In addition to these common meals, there was a lot of pleasure in consuming spirits and sometimes also a good cigar. Malt beer was very common at that time and produced by most local farmers since the malt was made with locally grown barley. Cider was widely available during the apple harvest each fall, with stored cider becoming hard cider for cold winter evenings. In addition to malt beer and cider, another common drink was simply known as flip. This colonial-era drink known as a flip was made by simply filling a mug, or noggin, with malted beer, adding sugar as a sweetener. The mixture was then heated with an iron poker called a loggerhead. Once the heated loggerhead was inserted into the drink, a quick foam was produced. Half a pint of rum was then added and nutmeg sprinkled on top. Common drinks being cider and stout, the flip tended to be a little more expensive when purchased at local taverns, up to 20 cents per drink.

As we live in modern society today and consume such delicious foods without much foresight or planning, we are very lucky. Don’t forget to support your local establishments and the people who work there, order an extra pinch of flip and tip very generously.

Vintage Views is a local history column that explores Concord and its surrounding towns. It airs weekly in the Sunday Your Life section. The author is a historian and not a staff member of Le Moniteur.

Bird flu infects US poultry flocks. It could also affect the price of chicken