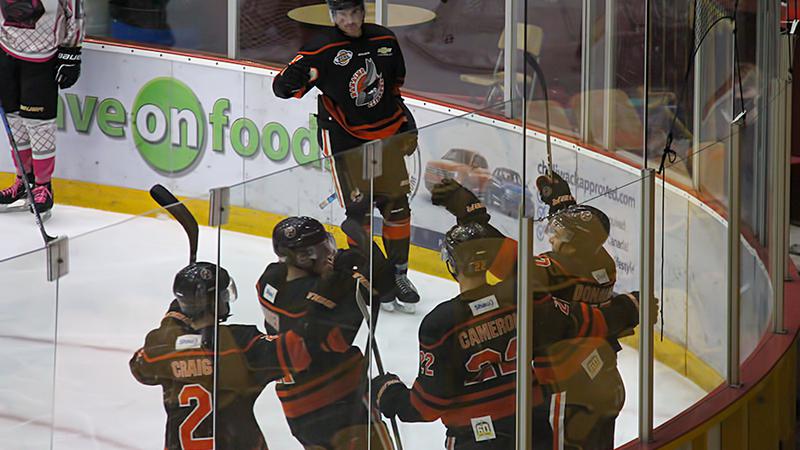 VIDEO: Lack of home cooking doesn’t stop the Clippers’ form at the start of the season | NanaimoNews NOW

â€œWhen you spend all that time on the bus and in the hotel, everyone comes together. We’re a very tight-knit team, I feel like I’ve been with these guys for a long time, not just a month.

After a home game on Wednesday October 27 against Alberni Valley, the Clippers are going as far east as possible in the BCHL.

The team will play Trail on Friday, October 29 and make their first-ever trip to face the Cranbrook Bucks the following night.

Coach Darren Naylor is looking forward to the 921 kilometer journey to Cranbrook.

â€œPersonally, I have a lot of family there so it will be fun to see them. It’s also a nice arena with a great setup. It will be good for our guys.

Six of the season’s opening nine games will be away from home, but veteran Keighan Gerrie is happy to have road games early.

â€œI like being on the road early because at the end of the season we’ll be more at home when the body starts to feel a little more tired. We won’t have to travel that much and I like that.

He noted that while the trip to Trail and Cranbrook may be long, it won’t compare to the longest trip he’s ever spent in the WHL.

â€œWhen I was in Red Deer, we were doing our road trip in the United States. We drove 12 hours just outside of Everett and the road was cut. Then we had to spend 36 hours with the bus at the stop. The whole trip lasted almost 50 hours. It was quite an experience.

Join the conversation. Send your letter to NanaimoNews NOW and be included in The water cooler, our letters to the editor.

Belt line 3 at Albany has a shaky start