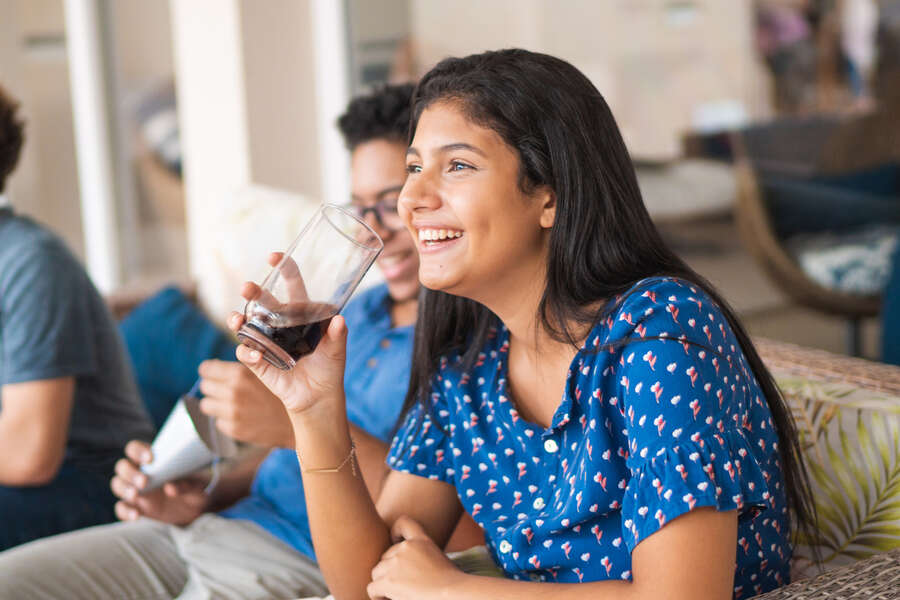 In classic TikTok fashion, users dreamed up an unlikely new health drink that would taste “like Coca-Cola”. The now-viral trend, which allegedly translates to a better-for-you soda, is a simple two-ingredient recipe combining balsamic vinegar and sparkling water.

On Monday, TikToker Amanda Jones seemingly stoked the trend after sharing her pilates instructor’s concoction, which looks surprisingly like a classic Coke. The video has garnered over 5.6 million views and counting, with over 500,000 likes.

“I swear to god it tastes like a coke and it’s healthy and good for you,” Jones said in the video. “You should go try.”

While some, like Amanda, touted the healthy soda alternative as delicious, the comments section is full of skeptics. “Step 1: Illusion,” wrote one user, followed by another: “Zero chance that tastes like [C]oke.” Others simply commented, “PRISON!”

“Homegirl just made at least 50 people drink balsamic vinegar with ice cream lol,” @sacredfem said. Another added: ‘It must affect your credit score in some way.’ Frankly, we agree.

The recipe was even shown on television during the day, with Today hosts Hoda Kotb and Jenna Bush Hager test the concoction for a segment. “Ugh, that tastes like vinegar,” Kotb said, Bush Hager agreeing, “That’s not a Coke!”

Things to do before going on a hike