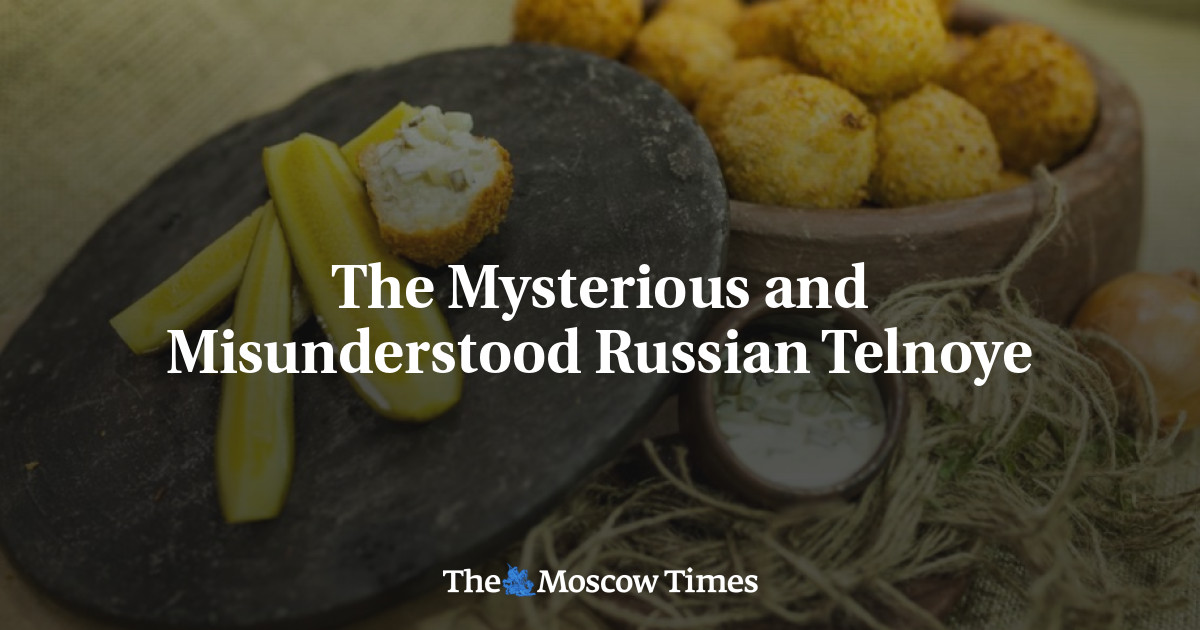 The mysterious and misunderstood Russian Telnoye

We tend to complain about Russian cuisine, insisting that it hasn’t changed since the first household manual, the “Domostroi”, was written centuries ago. It’s just cabbage soup, blinis and small pastries. How can it catch up with modern times! No wonder people forget about Russian cuisine – it’s hopelessly overdue.

There is, of course, some truth in these words. But let’s not generalize. Our kitchen is not hopelessly outdated, as this example will show.

Contemporary cookbooks and websites used the word “telnoye” to refer to dishes such as “stuffed suckling pig” and “stuffed duck”. These are dishes in which a carcass is stuffed with its own minced meat. This is a new culinary eation and has nothing to do with the old term telnoye.

Historically, telnoye was made only of fish. Here is how it is described in Vasily Levshin’s “Dictionary of Cooking, Serving, Making and Distilling” (1795-1797):

“Bone a pike a zander, pound it with a knife handle. Dissolve the flour and water and add to the fish to bind it. Put the paste in a damp towel, tie it and boil in water.”

But this is not the oldest version. How do we know? Because towels weren’t used 500 years ago. Paul Aleppo, who came to Moscow in 1654 in the entourage of the Patriarch of Antioch, left this memory: “Thanks to the abundance of fish in Russia, Muscovites prepared various fish dishes. For example, they remove all the bones from a fish, beat it in a mortar until it becomes like a paste, then add the onions and saffron, put it in wooden forms in the shape of lambs and geese, and fry it in vegetable oil in large pans. Then they cut it like a lamb’s tail. delicious, anyone who didn’t know it would take it for real lamb.

All these “minced meat” dishes were even served during Lent. As it was written in the “Domostroi”, “During the Christmas fast they serve loaves and stuffed piglets and ducks…” – that is, minced fish cooked in molds in the shape of poultry and meat, since obviously meat could not be served during Lent.

Because the dish was so beautiful and ornate, it became holiday food. After all, name days, children’s birthdays and royal birthdays sometimes fell on days during Lent.

But time passes and the most curious things begin to happen to ancient dishes. As the fashion for European cuisine grew, our dish began to change. For example, in the book “Lenten Cook” (1796) there is “mince pie” in which the “minced meat” fish is first sautéed, then wrapped in the minced flesh of another fish and boiled in a napkin . Then the whole construction is sent to the furnace. Elaborate, isn’t it? A clear attempt to refine a historic recipe and make it whimsical.

But the most interesting thing comes next: the evolution of telnoye into a European dish. The same author suggests making “small shaped pâtés”: “Take sturgeon and slice it. Prepare the yeast dough, make small pastries filled with the pâté then fry them in oil.

Isn’t this somewhat reminiscent of the geese and piglets described by Paul Alep? In the 17th century, minced fish was packed in special wooden molds, but here it is stuffed in small baking tins. Both are then fried in oil. Over the centuries, there was a constant desire to turn traditional minced fish into something like the new French pâtés of the time.

But, of course, it is not only the somewhat inane imitation of pâtés that has marked the evolution of this dish. Telnoye changed as cooking became simpler and more democratic for the growing urban middle class. In a mansion or even in a well-to-do peasant house, cooking was done in the old fashioned way. But try to perform all this in a city apartment on a stove or primus! It was then that cooks gave up frying in a large pot and started sticking to a frying pan.

In fact, this process led to the modern understanding of telnoye as small patties: balls of minced fish fried in a pan. However, even at the beginning of the 20th century, the recipe was more elaborate: it was always a mixture of minced fish and pieces of fish. This is the version contained in Pelageya Alexandrova-Ignatyeva’s classic cookbook “Practical Fundamentals of Culinary Art”. Half a century later, crescent-shaped minced fish patties would be on the menu of Soviet canteens and restaurants – also called telnoye.

Thus, a delicious centuries-old recipe has come to this day. It changed, of course, as tastes moved away from heavy food and it adapted to modern conditions and mass consumption. So much for “outdated Russian cuisine!”

We often make telnoye from pike-perch. It is better to pass the fillet through a meat grinder using a plate with small holes not once, but twice. This gives the same result as the “pounding of fish in a mortar” that we have heard of in ancient sources.

Here is a modern version of telnoye: minced fish cutlets stuffed with fish. Who said it was old fashioned?

Serve with peas, fried potatoes or other side dishes with sauces: white sauce, tomato sauce or crayfish sauce.

Almer against the lack of space in the kitchen