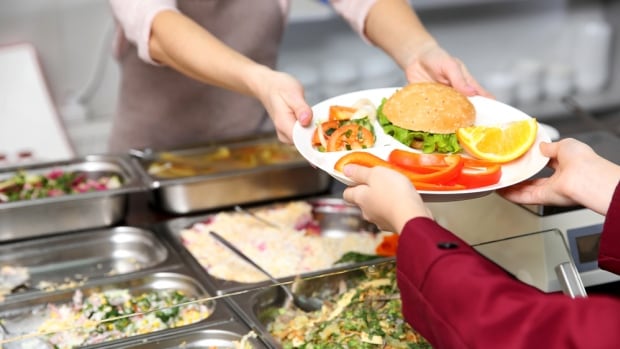 A number of schools, especially those with cafeterias run by third parties, are not serving nutritious and healthy meals, according to a report released Tuesday by Nova Scotia’s auditor general.

A survey of 26 schools in four of the province’s seven regional education centers found that only 40% of schools adhered to the food and nutrition policy set by the Department of Education.

“We found inconsistencies in the nutritional value of foods offered to students, and the majority of schools tested do not comply with provincial policy,” Auditor General Kim Adair told reporters during a briefing after the release of the report. report. “The department does not know if healthy foods are served in schools due to lack of oversight.”

The schools surveyed are located in the regional education centers of Halifax, Chignecto-Central, South Shore and Annapolis Valley. The report says they were selected for the survey based on their location, whether they are in an area that “may experience a higher level of food insecurity”, grades taught and type of health services. cafeteria offered.

“Based on our discussions with administrators, we have concluded that the primary reason this may occur is that third-party vendors are generally profit-driven,” the report notes. “So they would be likely to focus on food products that will sell, not necessarily providing the healthiest food options.

“Various cafeteria staff we spoke with during visits to third-party and school-run cafeterias indicated that healthier foods often don’t sell.”

The report says these cafeterias “were more resilient” to offering these foods as a result.

What children are served or choose to eat matters, the report says, due to rising rates of obesity and chronic diseases and health problems related to being overweight.

“The obesity rate in Canada has tripled over the past three decades, and young people in Nova Scotia are trending in terms of obesity rates higher than the national average,” Adair said. “And projected future health care costs are in the billions.”

The provincial government created a Healthy Eating Policy in 2006, which is expected to be fully implemented in all schools by 2009.

According to the report, “this policy has not been updated even though there have been two updates to Canada’s Food Guide” since then.

“The intent of the policy is that a child in the school system, no matter where they are in the province, whether it’s Yarmouth, Cape Breton or HRM, that they all have the opportunity to having a healthy food choice while in school,” Adair said. “This is not the case.”

Adair and his team commended the South Shore Regional Education Center for properly managing and supervising its school cafeterias.

Although the 23 school cafeterias under the regional education center operate with a combined deficit of $245,000 per year, the report notes the “extensive food and nutrition policy compliance and enforcement procedures” .

A nutritionist oversees the entire food program in the area, cafeteria workers receive professional development, and schools roll out salad bars as a healthy option twice a week.

The Auditor General made 10 recommendations to the Ministry of Education, including:

The Department of Education has agreed to implement all 10 recommendations.

Notebook of the Patriots: Many hands prepare offensive game plans