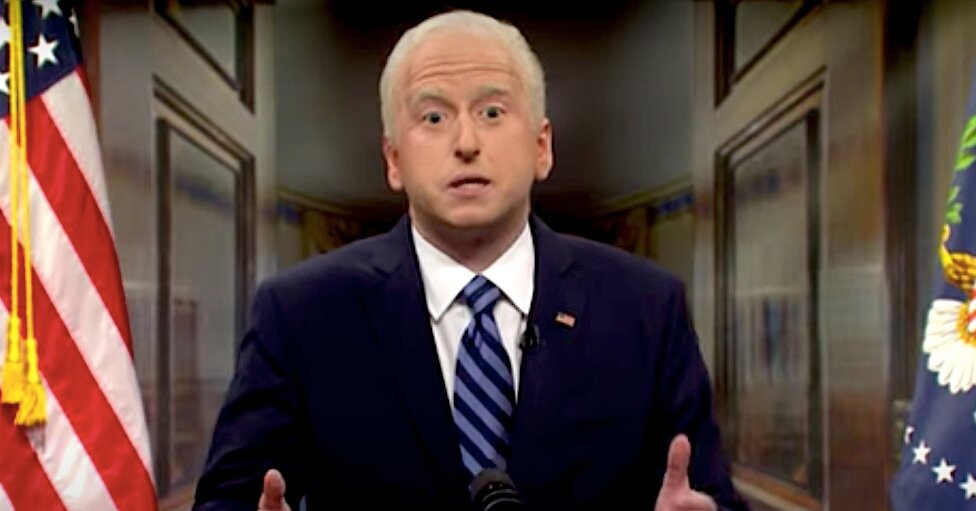 It’s a new season to â€œSaturday Night Live,â€ which means new cast members – and, surprisingly, a new performer playing President Biden in his first episode of the series.

You may recall that ‘SNL’ didn’t have the easiest time finding a Biden impersonator last season: it relied on guest star Jim Carrey to fill that role in the presidential election. of 2020, but to little effect, and Carrey announced he was leaving the show after six weeks scheduled.

The mantle was then passed on to actor Alex Moffat, who only appeared as Biden intermittently for the remainder of the season, prompting some criticism that “SNL” was firing its punches on the 46th president.

Enter new cast member James Austin Johnson, a comedian whose hiring as a star player for “SNL” was announced last Monday, and who was perhaps best known for his viral videos he portrayed for former President Donald J. Trump.

Most “SNL” rookies can expect, at best, a single row in their first appearances. But there was Johnson, at the front and center of the show‘s cold opening this weekend, playing President Biden as he caught up with the nation on recent events and tried to get Democrats to agree on its national program.

“What’s cooking?” Johnson asked. “What’s good? How was everyone’s summer? Mine was bad. Not bad for Cuomo but definitely not good for Afghanistan.

Johnson continued, â€œEveryone keeps taunting me about this drone strike. But on the plus side, I spent the whole summer without even falling down the stairs once.

He added, â€œAnd hey, Broadway is back. Isn’t that exciting? The Taliban too. So, win some, lose some.

The opening skit also highlighted some “SNL” veterans who were unsure if they would return to the show this year, most notably Cecily Strong, who appeared as Senator Kyrsten Sinema of Arizona.

“What do I want from this bill?” Â»Much asked. â€œI’ll never say it. Because I didn’t come to Congress to make friends. And so far, mission accomplished.

Aidy Bryant, another actor whose return to the show was uncertain, appeared as Senator Joe Manchin: “I’m a Democrat from West Virginia,” she said. â€œIf I vote for electric cars, they will kill me. “

Ego Nwodim played Rep. Ilhan Omar from Minnesota (“Thank you, Joe, for not calling me Kamala”) and Melissa VillaseÃ±or played New York Rep. Alexandria Ocasio-Cortez, who identified herself as “the Cruella of the Met Gala”.

VillaseÃ±or said: â€œI was wearing a dress that said ‘Tax the rich.’ Then I spent the whole night partying with the rich. Whoops.”

Pete Davidson was back as former New York Governor Andrew M. Cuomo, trying to make peace within the Democratic Party: “We’re like one big Italian family,” Davidson said. “And do you know what Italians like to do?” Kiss each other, kiss each other and run their fingers behind each other’s backs.

And for good measure, Moffat also appeared in this skit – this time in his recurring role as Senator Chuck Schumer of New York. â€œYou might remember me,â€ he said. “But you don’t.”

We’re not sure exactly why this segment spoofing Jeff Bezos’ summer stay in the outer reaches of space had to be billed as a “Star Trek” shipment. But it gave guest host Owen Wilson a good excuse to play a particularly reckless, cowboy hat-wearing Bezos, alongside his real brother Luke Wilson, who appeared as Bezos’ younger brother and his fellow astronaut Mark Bezos.

Mikey Day stepped forward to play Elon Musk, former SNL host, and issued the ultimatum: â€œSpace is only big enough for a weird white billionaire. So you could say that fighting is my first goal.”

Weekend Update Jokes of the Week

At the weekend’s update desk, anchors Colin Jost and Michael Che riffed on the start of the new season and President Biden’s stalled infrastructure bill.

The last time Davidson appeared at the Weekend Updates Desk in May, he seemed to be saying goodbye entirely to “SNL,” telling viewers, “It has been an honor growing up in front of you, so thank you.”

But no: he was back this season and back on Weekend Update, mostly to poke fun at his own outfit at the Met Gala in September. (â€œI look like James Bond in his quinceaÃ±era.â€ â€œI look like one of the three blind mice that sold fentanyl.â€ â€œI look like Tilda Swinton on a casual Friday.â€)

As if to confirm that we hadn’t hallucinated his last monologue, Davidson concluded it by shouting, “I can’t believe I’m back!”

Tribute of the week to Norm Macdonald

Weekend Update was also where “SNL” paid tribute this week to Norm Macdonald, the segment’s former presenter (1994-1997), who died last month at the age of 61. Jost said that Macdonald “is the reason I always wanted to do Weekend Update,” then featured a series of clips of Macdonald delivering some of his past jokes about the Weekend Update, including: