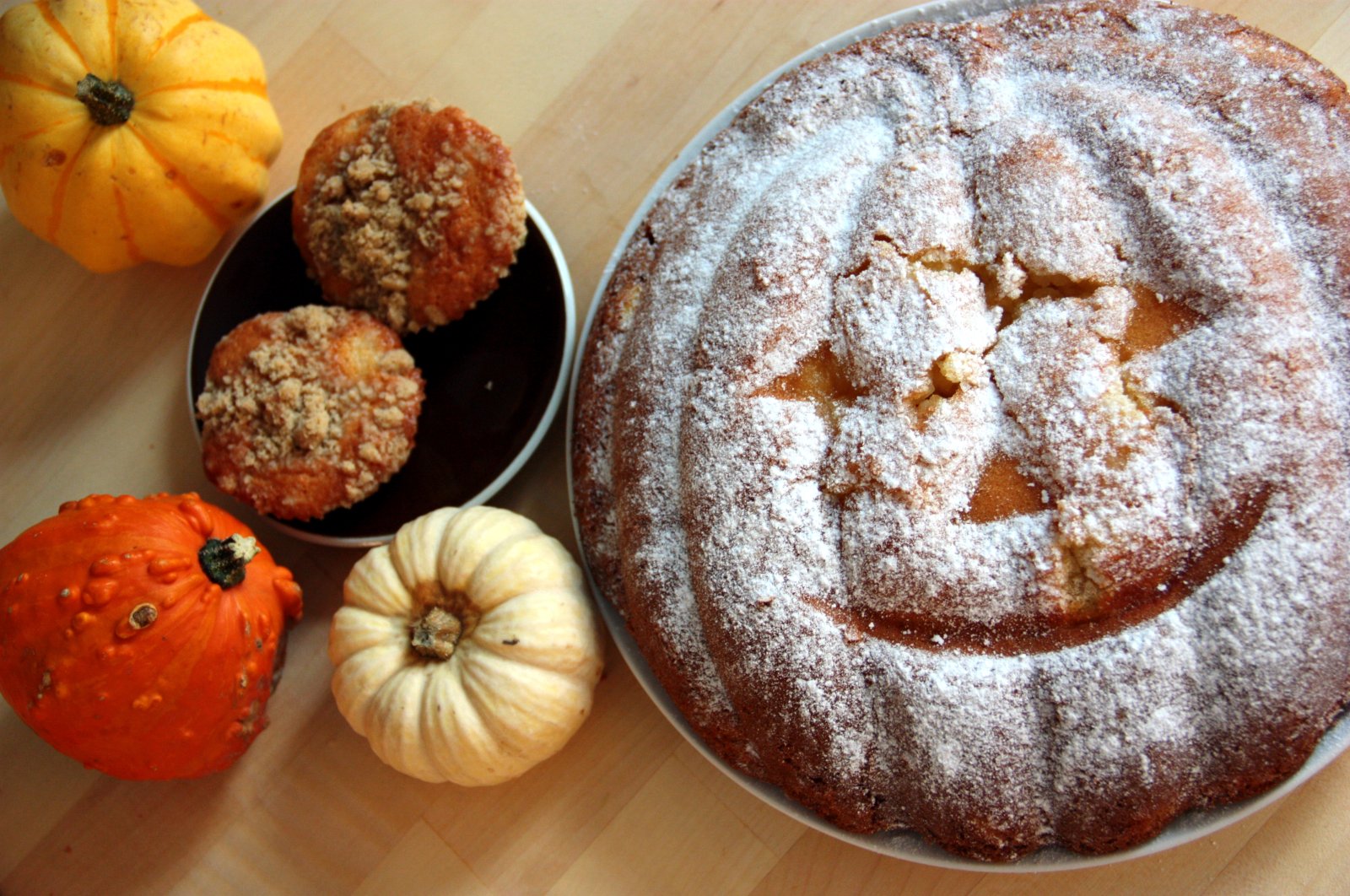 October is Halloween month, and that means pumpkins are everywhere.

It’s not just pumpkins on steps and windowsills: supermarket shelves and market stalls are also piled high with vibrant gourds of various shapes and shades.

There are several hundred edible varieties of pumpkin, but in most Western supermarkets, butternut squash and Hokkaido pumpkin are the most common. Pumpkin is an incredibly versatile vegetable and lends itself to many more dishes than just the regular, yet very delicious soup.

Here are some of our favorite recipes, along with tips on how best to make different varieties.

Are all parts edible?

Pumpkins can be divided into three different categories: Those used for their tasty pulp, such as Hokkaido, for example, those from which only the seeds are used to extract oil from dark green pumpkin seeds, and those used for decoration – in because of the bitter substances they contain. not suitable for the kitchen!

With edible pumpkins like Hokkaido, you can also use other components besides the pulp. Try filled flowers, for example, best picked from your pumpkin patch. “You can cover them with pancake batter and fry them in a little oil,” recommends pumpkin growing expert Daniela Gamb.

Be sure to only harvest the male flowers without ovaries – recognizable by the long stem – as the females are meant to grow into pumpkins.

The skin is usually only edible on summer squash. “Summer pumpkins, especially zucchini, are harvested before they are ripe and still have a soft skin,” says Hans-Georg Levin of the Agricultural Information Center (BZL) Germany. It is therefore not necessary to peel the vast majority of summer squash.

Winter squash, on the other hand, is harvested later, when the pumpkin has reached maturity. At this point, the skin will have hardened into a hard crust that is no longer edible. That is, with the exception of the all-time favorite, Hokkaido: despite being a winter squash, its skin is still soft enough to eat.

Meanwhile, besides producing oil, roasted pumpkin seeds also make a great snack. Instead of buying them from the supermarket, try using up any leftovers after making your next batch of pumpkin soup. When roasting them in a pan, you can also add some spices.

How to properly cut a pumpkin

Many varieties, like Hokkaido, are quite stiff when raw, which makes chopping a bit difficult.

Ute Ligges, who runs a pumpkin farm in western Germany, has a piece of advice: “Put it in the oven and pre-bake it a bit, it makes it soft and easier to cut. Ten minutes at 180 degrees Celsius is often enough.

Next, place the pumpkin on a wooden board and cut it with a large, sharp knife.

What spices are the best for seasoning pumpkin?

The original taste of most pumpkins is rather subtle, so adding a healthy helping of condiments helps spice things up a bit – and don’t go too easy on your squash: pumpkins can take on stronger spices and hot stuff.

For a spicy dish, try adding ginger, chilli, curry powder, garlic, paprika, onion, nutmeg and balsamic vinegar, for example, or a combination of some of the above items.

If you’re making sweet pumpkin, and if you haven’t tried it yet, you should! – season with honey, cinnamon or fruit juice or add pineapple, apples or oranges for example.

The classic of classics: pumpkin soup

It’s a dish that never gets old. Easy to prepare, pumpkin soup is a hearty dish perfect for chilly fall days.

While many like to use Hokkaido, which has the advantage of not having to be peeled before cooking, Daniela Gamb prefers butternut squash which is a bit more delicate in texture. Hokkaido sometimes makes the soup a little floury, she says.

Whichever variety you prefer, here’s what you need for four servings — or 2 liters (half a gallon) of soup:

Dice the pumpkin and sauté in butter with the sliced ​​onions until golden. Pour in the broth and cook for 15 minutes, then purée in a blender. Add the cream and crème fraîche and whisk the soup until frothy.

Season to taste with a little vinegar and spices.

Cut the bread into cubes and toast in butter. Garnish with toasted bread cubes when serving.

If you want to experiment with the taste, try adding other ingredients, such as potatoes, carrots or an apple. Top your finished soup with pumpkin seed oil and freshly chopped chives.

Pumpkin is a versatile dish that not only makes a great soup, but can also be added to casseroles, fried or barbecued, for example.

If you want to try fried pumpkin, butternut is the best, according to Gamb. “Cut it into thin slices and sauté it in the pan or on the grill.” Lamb’s lettuce is a great side dish, topped with nuts, goat cheese and a vinaigrette.

Ute Ligges has a simple recipe for baked pumpkin. You will need two pumpkins, for example, Puccini or Rolet, 2 tablespoons of butter, salt and herbs such as thyme.

Cut the pumpkins in half and scoop out the seeds with a spoon. Fill with butter and bake at 160 degrees Celsius (320 degrees Fahrenheit) for about 25 minutes. Season with salt and herbs before serving.

Another option is to cut the vegetables into quarters and bake them at 200 degrees Celsius (390 degrees Fahrenhiet) for about 20 minutes to make pumpkin fries. Season with salt and pepper after they are crispy.

CHRONICLE: Cooking ghost stories from years past in the kitchen

Our guide to a healthy, happy and stress-free fall