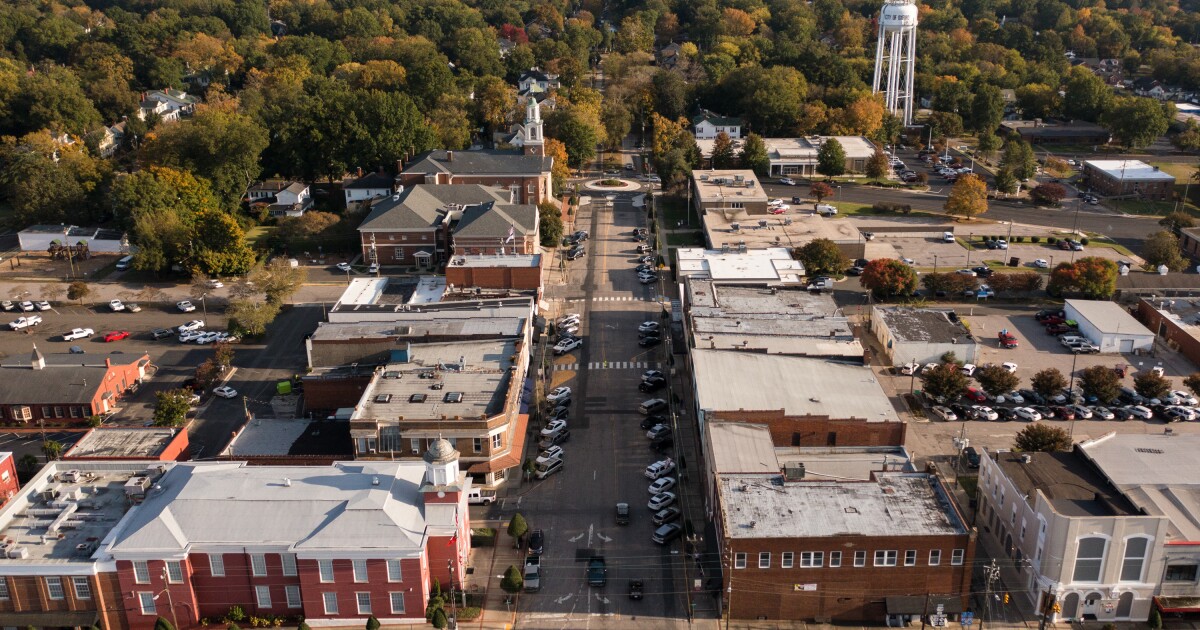 Ordinary people were also civil rights heroes. This is the story of a city’s fight

Earlier this year, when I started to pitch the idea of ​​profiling members of the civil rights generation, I had no idea that I would end up telling my own family’s story.

I’m used to being a voice for others and giving them a platform, but not putting the spotlight on my loved ones.

The more I thought about it, however, it made sense to look a little closer to home. My mother, Phyllis Jones, and my uncle, Ben Thorpe, lived through the tumultuous desegregation of my family’s hometown. They don’t appear in any history books. Their stories are not unique. But, in a country that still struggles mightily against race and the legacy of slavery and Jim Crow, stories like theirs show that the past is not dead. It’s alive and breathing and close.

This is what made me want to start profiling members of the “civil rights generation”. These names you know like Fred Graya lawyer for Rosa Parks and Martin Luther King Jr. And the ones you don’t like, like my mom, Phyllis, and my uncle, whom I call Uncle Anthony.

Ordinary people have had extraordinary times. And we must never forget.

While interviewing my mother and uncle, I realized that there was so much that even I didn’t know about their experiences.

They grew up in the 1960s and 1970s in the small rural town of Oxford, North Carolina, about 30 miles from Durham, even now Oxford looks a bit like Mayberry from The Andy Griffith Show, with a picturesque town center and many fields and farm animals on the outskirts. At the time, tobacco was the cash crop.

After the 1954 Supreme Court decision in Brown v. Board of Education ruling segregation in public schools was unconstitutional, and after the passage of the Civil Rights Act in 1964, laws in much of the country were changing. But Oxford was not.

The tentacles of racism and segregation appeared in the lives of my mother and her siblings in the most mundane interactions. For example, for a time they lived next door to a poor white family.

“The house next to us – it was the white family, and [the kids] played with us. But they wouldn’t play with us in public. They only played with us at home because we were black, so they couldn’t openly show that we were very good friends,” my mother said. “If we had gone out, they didn’t know us.

Until we spoke for this story, I didn’t know my mom had been through this.

Not only that, but just going to the store with my grandmother was an ordeal.

“I always remember that we used to go to the 5 and 10 cent store. Mom taught us a lesson. She told us not to move,” my mother recalls. “She was telling us not to move, to stay still. And we had to wait in the back in the corner, and then the waitress would take her time, and we [had] to go back to the car and eat the food.”

She said she remembered wondering why white people could sit down, but they couldn’t.

“But because of the way my mother raised us, we didn’t question it.”

My uncle Anthony added: “I think that’s why my mother, when she went shopping, she left us in front of the church. And my mother would park under those shady trees and leave us there while she went shopping in town. It was very rare in our younger years that she let us go with her to town because she was so scared. She was so scared that something was going to happen.”

The murder of a black man would change everything

In 1970, something happened in Oxford, just opposite my great-grandfather’s house.

A young black man, Henry “Dickie” Marrow, was brutally murdered outside a local store by white store owners who accused him of saying something they didn’t like to a white woman.

Thanks to fellow Oxford native Ben Chavis, this murder changed the city forever.

Unlike my mother and my uncle, you will be read about Chavis in the history books. He’s a civil rights leader. He was a carded member of the NAACP at age 12 and would go on to become president of the organization.

At age 14, Chavis was the youth coordinator for the Southern Christian Leadership Conference, led by Martin Luther King, Jr. So when Marrow was killed, Chavis, in his early twenties, was already a seasoned organizer.

After an all-white jury acquitted the men who shot Marrow, Chavis decided it was time to act.

“We led a march from Oxford to Raleigh, which is about 45 miles, and we started with maybe a few hundred people. By the time we got to Raleigh, we had over 3,000 people in the march. .,” Chavis said.

At that time, black people had to shop at white-owned businesses in Oxford. So Chavis and others decided to hit white people in town where it hurt: their wallets.

“People knew that something had to be done, otherwise it was going to happen again. And we said to ourselves why spend our money with people who don’t respect us? Why spend our money in a municipality that refuses to hire? ” Chavis said.

My mom and uncle were around 12 and 10 at the time. My grandparents didn’t tell them about the murder, but they do remember the boycott and the fact that they had to shop in nearby Roxboro.

It was also a time of trouble. Protesters burned white-owned businesses and tobacco crops. In response, city officials instituted a curfew. It was a scary time for my family because my grandfather, who was a nurse, was working late at the local hospital.

Fortunately, my grandfather always got home safely. And after months of boycotting, change has finally come to Oxford.

“A lot of our requests have been met,” Chavis said. “People found jobs downtown, many for the first time in their lives. And they’re still working there. So we desegregated a lot of the city. A lot of stores that refused to desegregate closed. Like , the theater, rather than desegregate, just closed.”

And change has also come to separate schools. In the midst of it all, in the fall of 1970, Uncle Anthony was part of a test group of black children sent to a white school. He was in third. He remembers being afraid to get on the school bus.

“Now we were on a bus with mixed races. We didn’t know anything about it,” Uncle Anthony said. “They did. They assigned seats. So they got us all together.”

So, even taking steps to “desegregate”, children were still separated by race on the bus. And the tensions didn’t stop there.

“Every day we received bomb threats,” he said. “A lot of people in the community didn’t want us in the all-white school.”

It was something else I didn’t know about – my uncle, at 10, facing bomb threats just for going to school.

My grandparents didn’t openly talk about these things with their children. They did this to protect them. My mom and her siblings just want people to know the truth.

“I wanted my kids to know what happened so you can tell your kids and so on,” my mom said. “But also, I wanted them to know the history so that they could pursue an even better life than our parents or our grandparents. If you know your history, then you understand things a lot better.”

She cooks recipes she finds on tombstone epitaphs