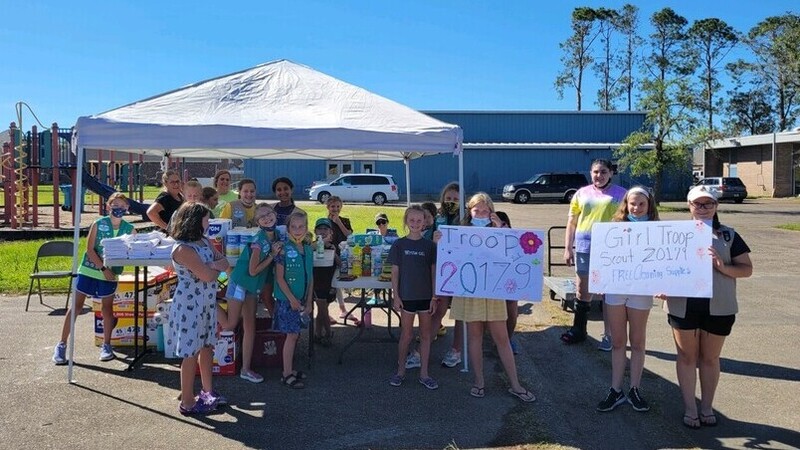 Despite their personal losses and altered school schedules due to Hurricane Ida, Girl Scouts from Local Junior Troop 20104 and Cadet / Senior Troop 20179 recently banded together to purchase cleaning supplies, toiletries and supplies. ‘other essential supplies for residents in need at St. Charles Parish.

Norco resident Hollie Pfister who, along with Destrehan resident Andrea Carter, leads the troops. Pfister said the troops usually meet at the Sacred Heart on Sundays, but their September 26 rally was unique for several reasons – it was the first time the girls had all gathered since the hurricane, and instead of ‘a normal reunion, they made the gift.

â€œIt was really lovely when they all started to arrive, you could tell they were overjoyed and hugging to see each other,â€ Pfister said. â€œThey were also very excited to be able to lend a hand and help people. “

Pfister said the girls decided to come together and use the proceeds from the cookie sale in March to buy supplies for hurricane victims. The giveaway was planned alongside a Red Cross meal distribution, which Pfister said worked perfectly for residents.

â€œPeople were able to get meals and supplies,â€ she said. â€œWe had paper towels, toilet paper, gloves, toothpaste, toothbrushes, feminine productsâ€¦ what little we had left we gave to the Church of the Sacred Heart.

Pfister said the Scouts had thought of the gift themselves, which made it even more special. She said many girls have also recently donated their time to the Matthew 25:35 United Methodist Church food ministry to help with hurricane relief efforts there.

â€œA good chunk of the girls in our troop have some sort of damage to their homes,â€ Pfister said. â€œI think they’re pretty strong girlsâ€¦ their work ethic is great despite their own issues. They saw that it was worth the effort to lend a handâ€¦ it’s kind of paying next. They wanted to be able to do something.

A buzzing neighborhood, hidden hipster gems and a no-frills pub: our guide to…