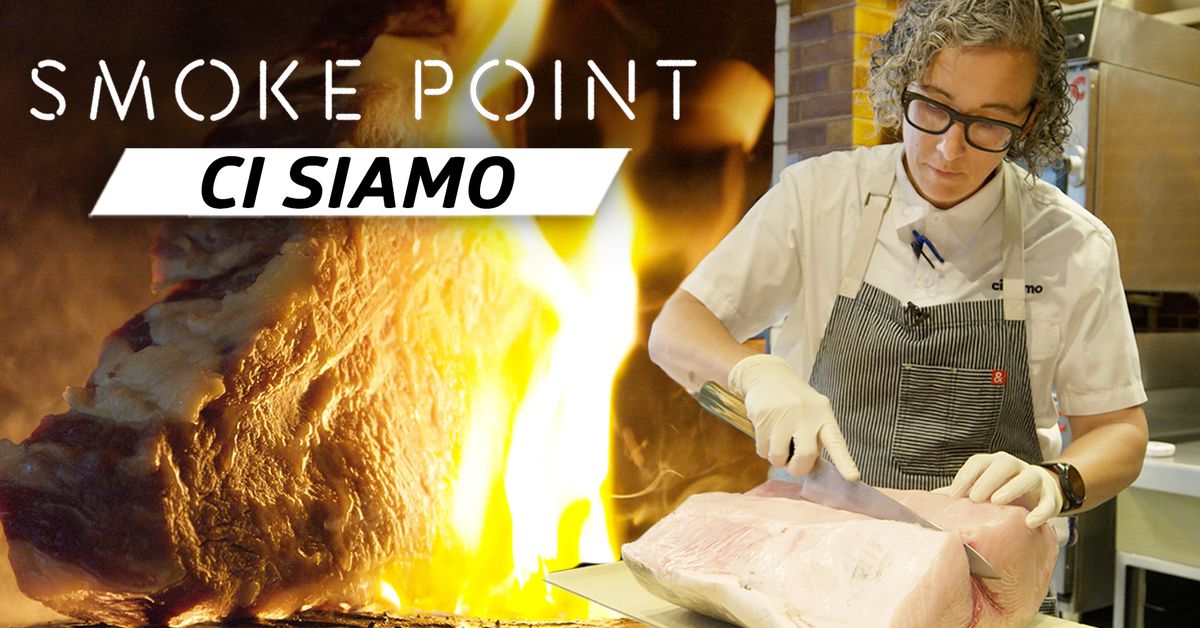 New York’s Ci Siamo is an Italian restaurant that operates a high-heat grill. With that, they cook up a 45-ounce porterhouse aged 45 days, which is this restaurant’s interpretation of a bistecca alla fiorentina.

“Having a big cut of meat on the menu seemed a bit appropriate,” says chef Hillary Sterling. “I wanted to make sure that if we’re going to do this, I want it to be big and bold and almost blatant.”

Chefs begin by aggressively salting the meat, which helps retain flavor throughout the poaching process. The meat then rests for two hours.

Once they take it off, the moisture starts to become visible. “The redness comes out,” Sterling explains. “It changes color, it changes texture. After this step, we sort of remove all that salt.

The pieces of meat are then poached in butter before serving. “You’re not trying to sear the steaks in butter, you’re just trying to do a light poach,” says chain butcher and cook Kara Gifford.

Sterling says the butter allows chefs to cook the big chunk of meat at a consistent temperature, which means they have more control to prevent the steak from overcooking.

From there, the doorman passes over the grill on high heat. “For us to run them outside on this wood-burning grill, it would take us an hour to do that start to finish rough,” Sterling says.

Watch the full video to see how Ci Siamo’s chefs cook steak and other dishes, including swordfish, over a live fire.