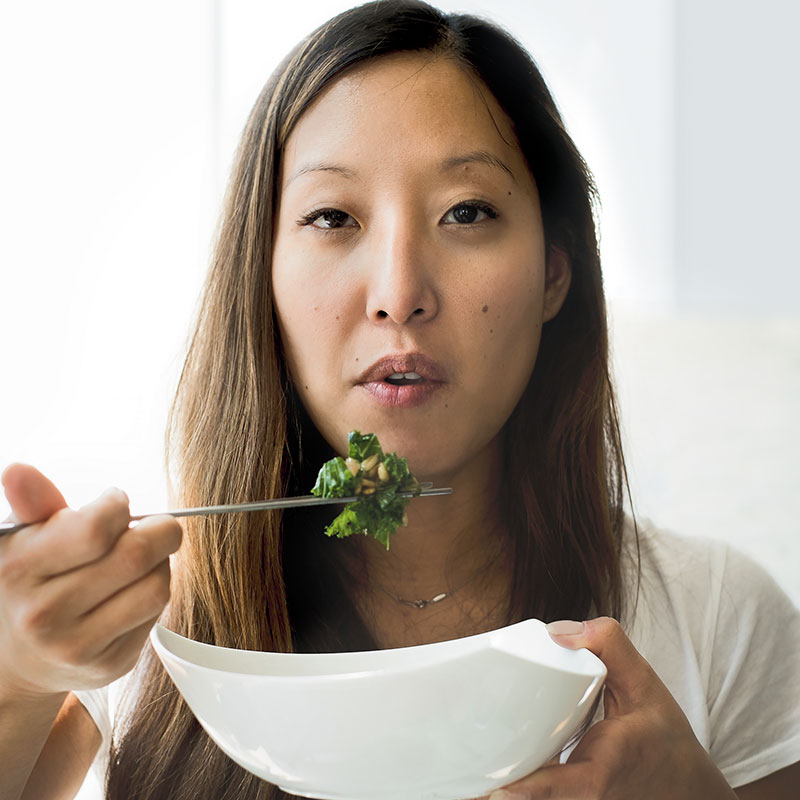 “…when I eat those sweet potatoes, it always reminds me of when I was a little girl,” she says one day as she slices the bright orange yam I’ve just taken out of the toaster oven. My mother rarely comes to my house, but I’m sick and she insisted on bringing me a tub of radish soup. To this day, my mother’s soup is my panacea. As a nurse, it’s her way of showing affection and care (the word she often used in place of the awkward “love”).

“What do you mean, ‘best food’?” In my mind, the list of “best foods” included French fries, Chicago-style deep pizza, and donuts. It did not include sweet potatoes.

“When we were refugees…” she replies between bites, deftly peeling the skin off another stringy piece, before putting it in her mouth.

“Wait. When did you get to South Korea?” I ask. I realize that I know very little about my mother’s childhood. over the years, most of what I “know” is nestled between Wikipedia and myth, and this was the first time I heard about what it was like shortly after fleeing North Korea.

“Mm-hmmm,” she said inside another bite. “We had nothing. Nothing. So, the people of this village, they harvested them, “showing me what was left of his potato in his face”, “then they gave us what was left of them. And we would eat them like that”, ends- she sucks on her fingers. And I believe her, more than I’ve ever believed anything else she’s ever said to me, because she doesn’t look at me when she explains these things. My 4-foot-11, 90-pound mom is too busy cleaning her plate.

“And then after that I’d run out into the field and dig up whatever I could find, you know, just a little piece,” then she shows me the underside of her hand, which has been her sign for “tiny” for too long as I can remember. “That was how we lived back then.”

She stops to look at me.

My dad and I haven’t always had the easiest relationship. He is naturally aloof, and so affection, verbal or otherwise, is a bit like a foreign language to him. For most of my life, we got along by tacitly agreeing to stay away from each other. It got to the point that the mere sound of my father’s footsteps or his voice could cause me anxiety.

Being the first child of an immigrant also created a strange dynamic between us. As I started to speak English fluently, I quickly took on the role of “translator”. At nine, I was the one calling and asking to speak to customer service, interacting with the store clerk at the cash register, or signing school authorizations. At some point, even before I was a teenager, I witnessed my father’s helplessness in the big American world, and as a result, I became the adult.

As my father grew older, I began to worry about how much time I had left to spend with him. I tried harder to find ways to bridge the gap that had grown between us over the years. I never imagined running would be the thing that would bring us together.

Despite a lifetime of hating running, in 2017 I signed up for my first marathon, the Chicago Marathon. My mom was in Korea, so she couldn’t cheer me on from the sidelines. My dad, however, insisted on taking the 5:30 bus with a group of people he didn’t even know from a local Korean community organization, just so he could cheer me on at Mile 20. To be honest, I I don’t want him there. Without my mother to look after him, it would be up to me to make sure he was where he needed to be at the right time, and I already had twenty-six miles to worry about. I spoke with him on the phone the day before, hoping to dissuade him from coming.

“Dad, are you sure you want to come?” You really don’t need… I mean, it’s so early in the morning and it could be cold…”

I remember a lot of things from my first marathon: the fireflies stomping on my stomach while I waited for the starting gun to go off, my husband jogging with me through a bit of Chinatown before I waved him off. going into a frenzied delirium, and the handful of aspirins I swallowed at Mile 18 when Chicago’s slick sidewalk started to look like broken glass. But, my most memorable moment during the Chicago Marathon was at Mile 20. When I heard “Jo-ENNE!!” and I saw my father’s face split into a smile that split my ribs open with a gong. My seventy-two-year-old father, with prostate cancer and back pain, did his best to run beside me, handed me the bottle of water he was holding in his hands since dawn, for nearly six hours, so that he wouldn’t miss that five-second window to pass it to me asking, “Do you want me to run with you?” Can I run with you?

I left my dad at Mile 20, wiping the tears and sweat from my face, because at that moment my dad, the one I had spent my whole life protecting with my English speaking shield, wanted to be and has been stronger than his American daughter.

Three years later, I finally gave in to my father’s annual invitations to join him on a family trip to Korea. We spent ten days trying to cram two decades of sightseeing that I had neglected to do. One day we decided to head to one of the nearby national parks, home to one of the most famous Buddhist temples and Buddhist monks.

We had driven for hours to get to Naejangsan National Park and finally stopped in a large parking lot next to what appeared to be a sizable pond at the foot of a long winding path that led to the temple. We had packed some kimbap (Korean rolls) and tteok (rice cakes) leftovers from the feast we had had the night before, and decided to stock up before climbing to the top of the sprawling hill.

Although my sister-in-law warned me that the kimbap that we had packed would no longer be tasty, they looked too inviting to pass up. I took a bite and immediately remembered that my sister-in-law rarely gets food wrong. Not wanting to waste it, however, I polled our little troop to see who might eat my leftovers. Dad stood at the edge of the pond, his left hand entwined in the strap of the camcorder I had bought him for this trip. A necklace of happy trees, with branches bright green and laden with the promise of summer, provided a shady spot from which he could gaze at the dark reflections that glistened on the surface.

Squeezing the half-eaten kimbap, I jumped on him. Laugh, and before he could say anything, I suited the little kimbap in his empty hand and jumped away, leaving a ribbon of pink laughter in my wake. He called out to me, “What? I don’t want that! But I just laughed harder, reveling in how the uneaten morsel of food fit perfectly in my dad’s bent fingers, how tightly he looked colorful against her walnut skin and under the cool eaves of shifting trees, how I spent the whole day with my father in a place where I felt more like his little girl than anywhere on Earth.

Text and photos taken from Korean Vegan Copyright © 2021 by Joanne Lee Molinaro. Published by Avery, an imprint of Penguin Random House LLC. Reproduced by agreement with the publisher. All rights reserved.

—This story was originally published by University of Chicago Magazine

A guide to perfect gin pairings – PLUS a to-go basket