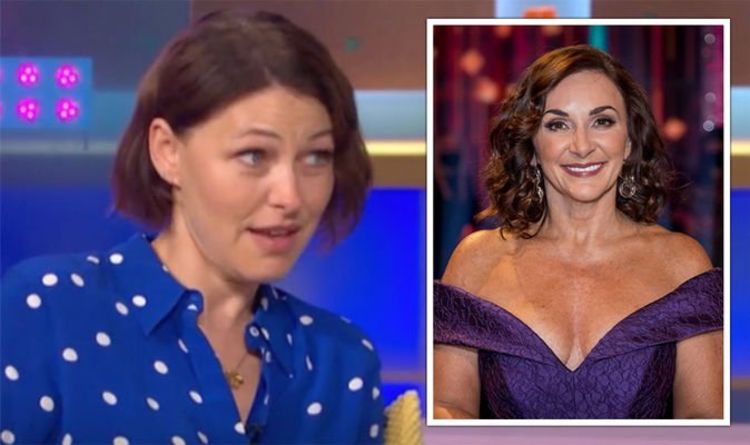 Tim Lovejoy and Simon Rimmer welcomed a group of new guests to Channel 4’s Sunday Brunch today, including actor Ben Miller, Gary Kemp, singer Joy Crookes, chef Mike Reid and Laurence Llewelyn-Bowen. However, it was guest Emma Willis who had the most to say as she spoke about her new cooking program and leaked details about the cooking skills of Judge Strictly Shirley Ballas.

Describing her new cooking series Cooking with the Stars on ITV, the presenter of The Voice said that “celebrities are judged by the quality of what they produce.”

â€œThey feel the pressure of the competition a lot,â€ she continued, before explaining that they all want to learn how to cook well.

“They want to do well because, honestly, they weren’t all very good at cooking.”

Simon noted that Strictly Judge Shirley Ballas ends up crying a lot in the first episode of the new show because “the intensity of it is so much.”

Simon pointed out that when the judges complimented the dancer on her cooking, the moment “really touched her”.

The presenter also felt that Shirley and Chef Joseph Denison Carey were “such a good marriage”.

â€œHe was so good with her, so calm.

â€œAnytime I walked up to her in the kitchen trying to chat, you could just see the accent,â€ Emma commented.

Emma joked that she felt like bothering Shirley while she was cooking, and Judge Strictly would often tell her, “I like you Emma but please go away because I need to concentrate. “

“She desperately wanted to do a great job, she wanted to be able to cook for her children,” added the host.

The host also discussed the work with her co-host on Cooking with the Stars, saying, â€œI’ve never done a cooking show before, it was really cool.

â€œI don’t know much about cooking, but Tom does, it was great.

“He kind of has the cooking side of it, but I had the celebrity side, so we balanced out pretty well.”

Simon pointed out that Emma and her co-host “seem to be laughing all the time.”

Emma agreed, saying, “I never met Tom until the week we started filming but I knew we were working together a bit before.

â€œWe kind of tried to get together, but it never happened.

â€œHe’s amazing, I just wanted to spend all my time with him,â€ Emma remarked.

She also revealed that they spent most of the filming together and never went their separate ways even during breaks.

Cooking with the Stars airs every Tuesday at 9 p.m. on ITV.

What to cook this week