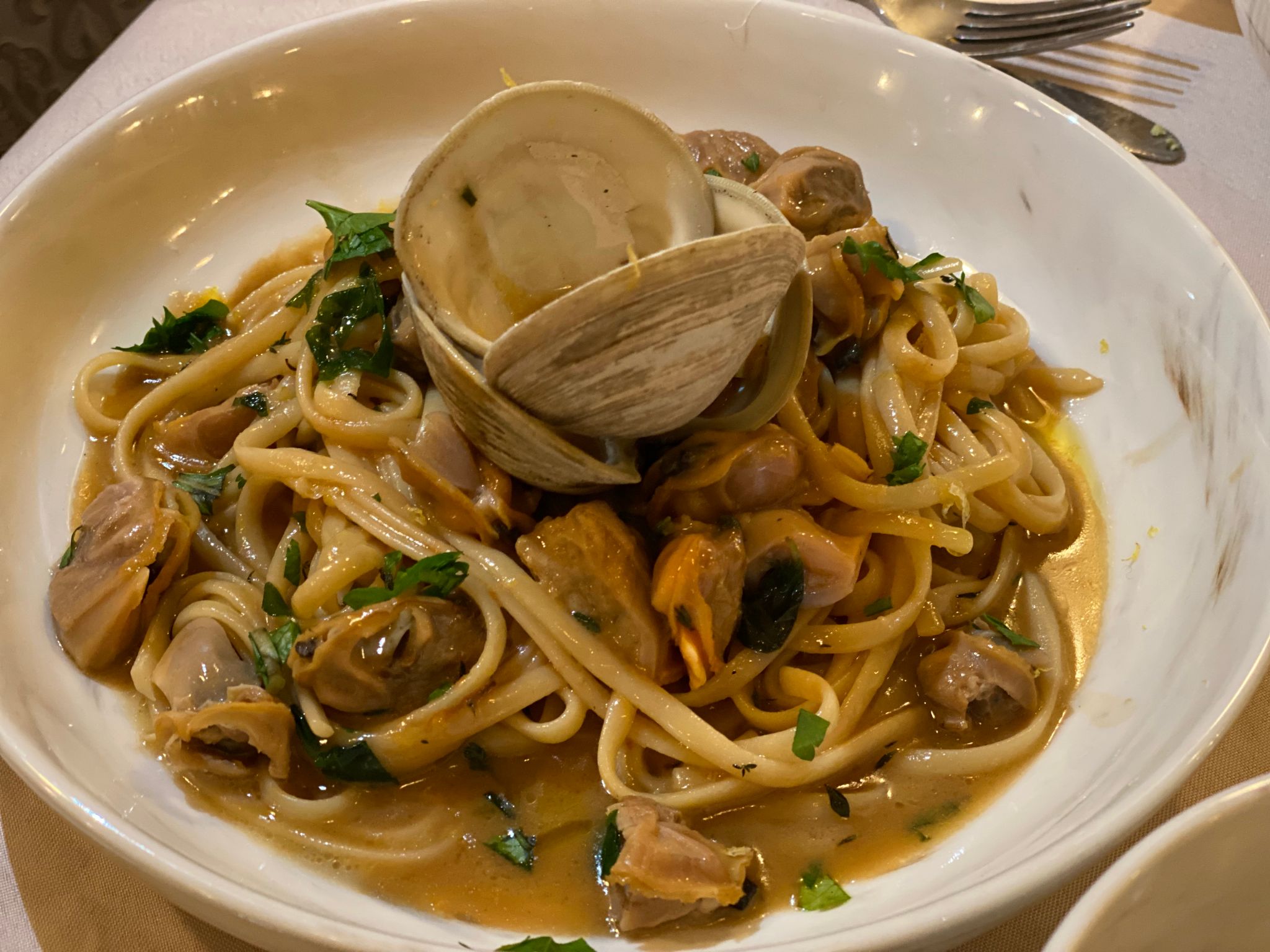 Belt line 3 at Albany has a shaky start

Your experience at Belt Line 3 will depend on your nostalgia for the sunny days of the Center Square neighborhoods in Albany. If you remember Lulu’s on Lark, Yono’s on Hamilton, Chef Ric Orlando at Justin’s, or the Lionheart serving food, you’ll likely feel excitement for the rebirth of 340 Hamilton St., a busy townhouse for the last time on Mezzo Marketplace in 2008.

If you like a classic dining room with vintage patterned wallpaper and sepia maps of Albany’s historic streetcar routes – including Belt Line 3, which ran over Hamilton Street, was the last streetcar line in Albany and is the source of the restaurant name – you ‘I’ll go in a good mood. (Spot the original cart pole still in place across the street.) If you like to sip sidecars and watch brownstones in the rain, you’ll love the tight menu, with three times as many cocktails as main courses and the intimate proportions of the new Italian on the block.

But there are difficulties: Some will impact diners who care about attentive service, and a windowless back bar can shake frayed post-pandemic nerves. I struggled to find the main entrance – a door to the courtyard that opens into the kitchen. In my defense, I was thrown by the Chubb keyed lock rather than a handle and a man I mistook for a mime as he pushed his way flat. For meals in white cloth, the service lacks beats. Our waiter insisted that the only glass of ice-free water on our table was chilled even after I asked for a new one. And with the dining area totally separate from the narrow kitchen or back bar, there is nothing for the staff to do other than stand and observe the tables, but the plates weren’t cleared until the next ones appeared.

But if you can meet Belt Line 3 where it is – a little weird, a little wobbly like not quite settled Jell-O – it has charm. There’s the wonderful swingy Postmodern Jukebox playlist and inspiration in a Belt Line Burratatail gin and cassis, frothed with burrata water (a cute nod to the Martini breakfast at Brooklyn bistro Oxalis) instead of egg whites or aquafaba. It’s nice to see artichoke-based Cynar headlining a Deco Fizz and agricultural rum with Dolin Blanc and salty fennel-based finochietto in the Akin Avenue line.

Like Gen Z’s elephant paws, the ’90s are back, so it’s no surprise that the burrata appetizer carries a balsamic glaze and pesto, or that the Belt Line 3 signature drink is a whiskey sour. . The mother-daughter team of Marisa Teller and Angela Carkner, who own Roux in Slingerlands, even dusted off local mixologist Emmanuel Treski – the first face of Speakeasy 518, freshly poached after a post-pandemic minute as chief executive of 288. Lark Wine & Tap – to develop the hearty cocktail program.

Belt Line 3 has slowly started to open after its early announcement in 2018 and a global pandemic to be expected. Now here it is, reinvented and sweet. The back bar with a pewter ceiling and patterned tile floors looks like a hidden bookcase, though I suspect the owners struggled with the dumbbell-shaped space. Left alone while the cocktails were being made out of sight, the dining room facing the street seems more packed than the main show, especially when the other tables are empty.

On a vintage plate, our beef carpaccio appears in soft, hot pink, thickly sliced â€‹â€‹folds, more velvety than transparent, and it’s crushed by a furious Italian blue cheese aioli clashing with sea salt and oil. of truffle. So much action for a small plate. But we load carbs on a $ 6 half loaf of Buckley’s Artisan Albany bread, made with special yeast, and sponge up the basil pesto, olive oil, whey, marinated olive juice, balsamic glaze and maybe more as the fresh burrata loses its thin skin on shrinkage, which can happen to dumplings served cold.

At first we absolutely shear meatballs with red sauce in a rich polenta and cheese; at the end we scarf up the Lill’s New York cheesecake, a grandma’s recipe that straddles the firm but chewy line with a honey and pistachio topping which to me is a perfect flavor profile. The only sparkling rosÃ© on the menu is notable for its producer, the Philosophy Winery owned by a black woman from Maryland.

But – you could already feel the “but”, couldn’t you? linguine alla vongole or finish a broth so lemony that his face crumples. Fettuccine Bolognese is a marinara with pieces of ragged sausage drifting off in the sauce.

I don’t like being in a room away from the action, so a seat near the open kitchen might make the time better. In good weather, the bistro tables in the courtyard will be a feast of greenery. Flat breads might be ideal with an after-work cocktail. Add the $ 6 Caesar and the meatballs to the polenta for a light meal to share. But Belt Line 3 isn’t the only cute place, or even the only Italian, for small plates and cocktails in the neighborhoods below Lark. So happy nostalgia aside, I hope it will quickly find its feet.

VIDEO: Lack of home cooking doesn’t stop the Clippers’ form at the start of the season | NanaimoNews NOW