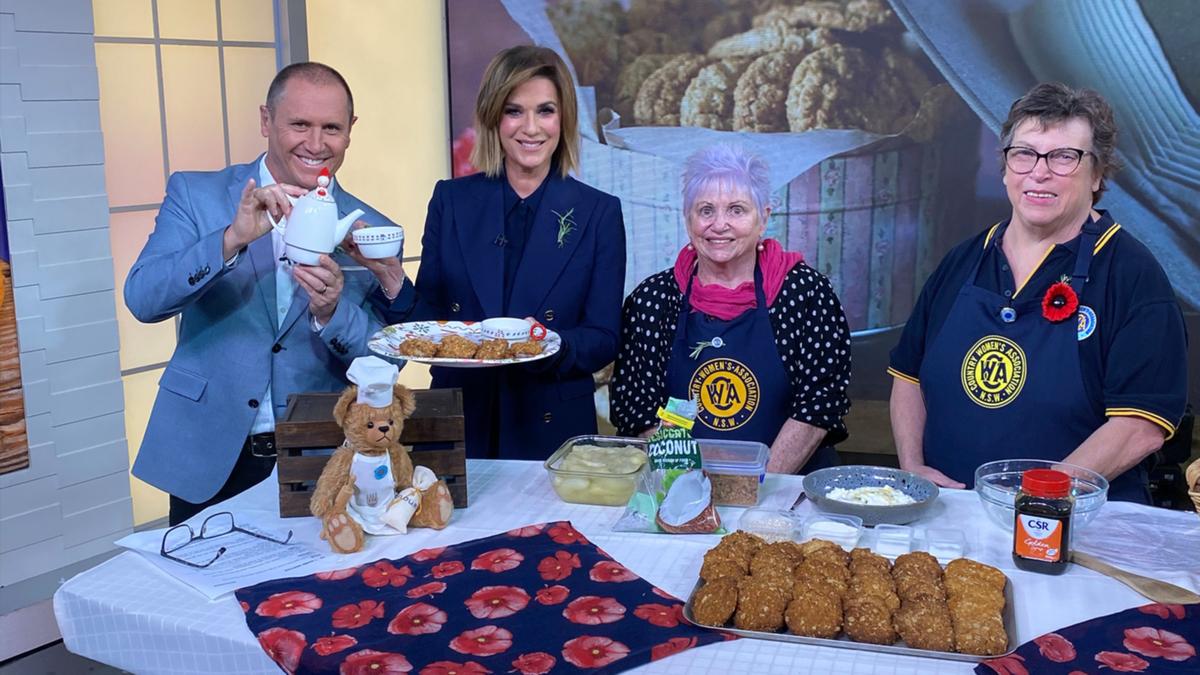 Since the Anzac biscuit became hugely popular after being baked and eaten by diggers during World War I, it has also evolved into an integral part of commemorating one of the most important dates in the Australian calendar.

The morning show was visited by Annie Keifer and Cath Sloan from the Country Women’s Association of NSW, who shared their expertise in creating the traditional recipe that first appeared in CWAs Calendar Cookbook in 1933.