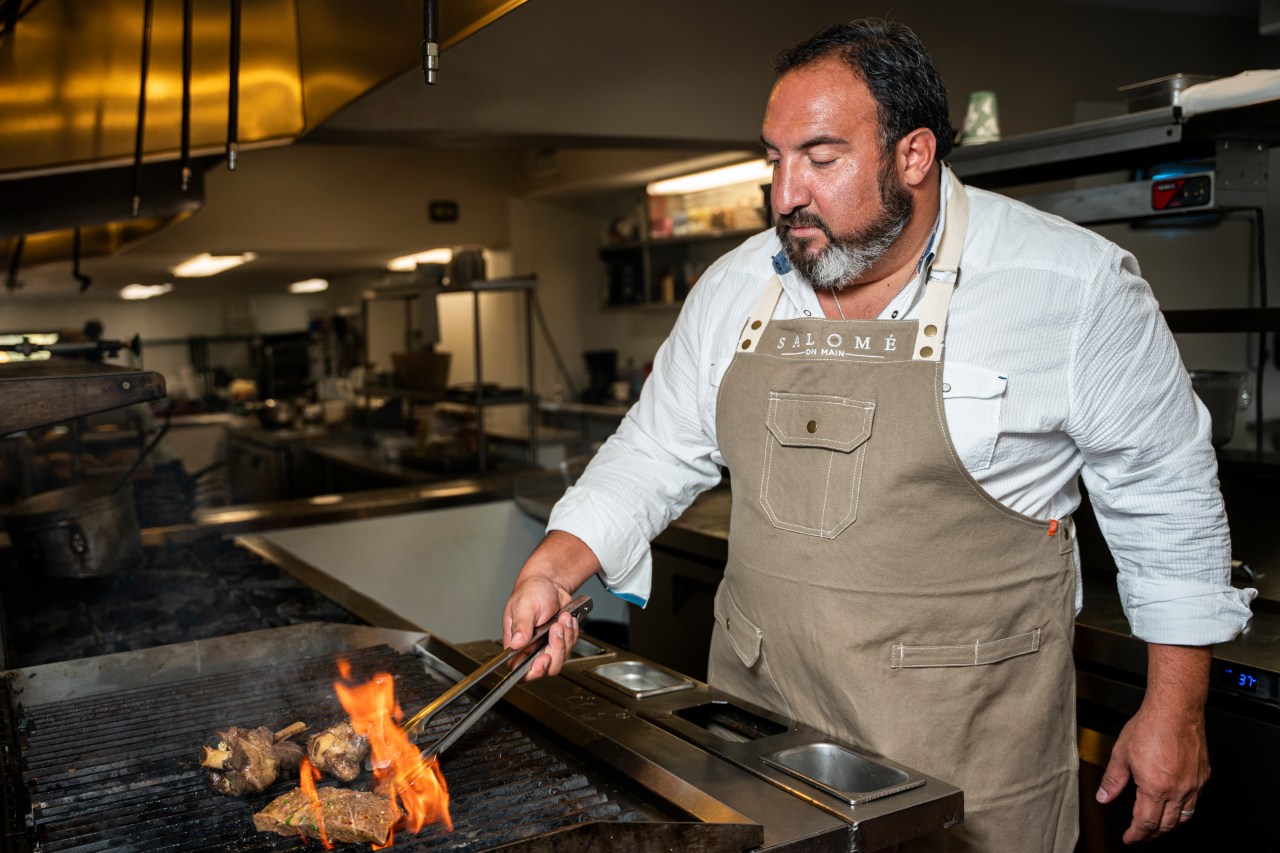 A local chef will be featured in the Food Network competition

Delgado will represent South Texas on the show that airs Tuesday, October 19. He says it was an incredible experience and luck and that he never imagined he would one day appear on the Food Network.

â€œTo be able to compete with one of the best in the world being a child of the valley is super cool,â€ said Delgado.

Delgado’s passion for cooking came at a young age by helping his mother in the kitchen. At six, he wanted to see people’s reactions and enthusiasm for what he had helped create. According to Delgado, he was never the first to eat, but instead sat down to watch the others. With this knowledge and experience, he got into his first job at 16 Burgers and soon after high school moved to Austin to pursue higher education.

There he would walk into a full-service restaurant and the rest would become history. Delgado returned to RGV and opened his first restaurant in 2008 with his wife called ‘House. Wine. & Bistro. ‘ Years later, Delgado and his wife founded the Delgado Collective, a combination of restaurants they owned.

Each restaurant is known for its dishes, the first focusing on Italian cuisine.

â€œItalian cuisine really appealed to me, so when I got the opportunity to open my first kitchen house. wine. & bistro. ‘ on the street which has been heavily influenced by Italian cuisine, â€said Delgado.

â€œI thought I knew Mexican food from my mom’s kitchen, I didn’t know anything about Mexican food,â€ Delgado said. “What I learned, what I knew, was my mother’s version of Tex-Mex.”

According to Delgado, these tastes and styles of cooking have been essential in making him the chef of today and of the region.

True to his roots, Delgado has taken up the torch of domestic Mexican cuisine. From his trips to Mexico City and nearby, he brought taste to his restaurant in McAllen.

Providing quality fresh food, it uses the nixtamal process, a process that involves cooking corn to create masa. Using fresh paupers and everything home made, Delgado serves all styles of food to the community.

As his appearance on “Beat Bobby Flay” approaches, Delgado hopes to introduce Bobby to the tastes and workings of the Valley.

â€œI wanted to make sure that I challenged Bobby, I didn’t want to cheat on him, I wanted to challenge him on what he knows and what he does best,â€ Delgado said. “And bring it to him and prove to him that this is what we do here and what the valley is known for.” “

Not being able to say much about what people can expect on the show, Delgado believes people will be delighted and is proud to represent the valley. â€œAt the end of the day, it’s a positive thing not only for me and our company which is huge, but also for McAllen and the Valley and for other inspiring leaders, inspiring business owners,â€ said Delgado.

Singapore hawker markets: how to navigate and what to eat