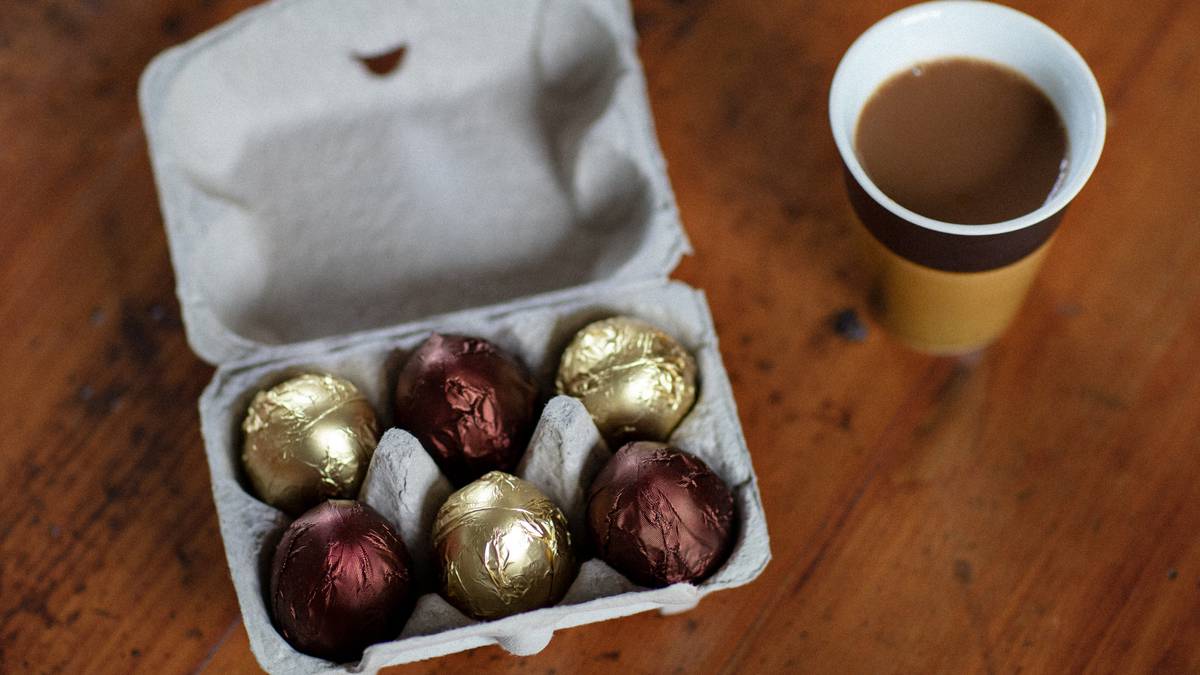 A guide to the best Easter treats of 2022

In terms of treats, treats and novelties, Easter is one holiday that can really give Christmas a run for its money. Easter is all about spices, chocolate, roast lamb and an egg hunt in the garden with your kids. It’s a party, a real long weekend and (if we’re lucky with the weather) the last camping trip of the year. This week we have all the treats that will make your long Easter weekend even sweeter.

Calling all coffee lovers, this one’s for you. Delightfully presented, these half dozen Bennetts of Mangawhai chocolate eggs are presented in a miniature cardboard egg tray and are filled with Aotearoa’s own Allpress coffee. There are two flavors in each pack – three flat whites (milk chocolate) and three double espressos (dark chocolate), both filled with Allpress espresso. $18, from Farro Fresh

These ice cream and chocolate magicians, Auckland’s cult Giapo, are back with their Easter Treat Box. The box was launched in collaboration with DeLonghi, which is launching a new coffee machine on the market – the Magnifica Evo, which retails for $1449. The box contains a lush array of goodies to spoil you – hot buns (infused with orange), carrot cake ice cream with ginger and cinnamon, an espresso-infused chocolate egg and with hazelnuts, and the final touch to create a s ‘more coffee. Buy a box and you’ll automatically enter their Golden Easter Egg Hunt – a lucky box contains a golden egg, which can be exchanged for the new machine. Good luck! $60, available at Giapo until April 17, 2022.

Whiskey to sip with chocolate

The Macallan Rich Cacao, part of its Harmony collection (whiskeys that have been in European and American oak barrels) was created to be aerated with chocolate. Macallan whiskey maker Polly Logan has teamed up with Michelin-starred Spanish pastry chef Jordi Roca (you’ll find him on Netflix’s Chef’s Table) to learn all about the chocolate-making process and flavor profiles, and to create a whiskey that works perfectly with rich dark chocolate flavors. The packaging of this whiskey is also special – the box your whiskey comes in is made from discarded cocoa pods. $299.99, at liquor stores nationwide

Dutch company Tony’s Chocolonely exists to end child slavery and injustice in the chocolate industry. Each pack supports this mission by making ethically produced chocolate – Fairtrade, with cocoa sourced directly from farmers in West Africa. Worthy, yes, and also delicious and still charming with its thoughtful packaging and flavors. For Easter, a miniature egg box that contains 12 eggs available in five flavors (caramel, black almond, fleur de sel, all the best). $10.99 from Farro Fresh and cookandnelson.com

A chocolate and ice cream collaboration

There’s chocolate for kids, there’s chocolate for adults, and then there’s that tough crossover product that will have the whole household fighting. Duck Island’s Ambrosia ice cream is legendary. Filled with handmade marshmallows and cherry jelly, the ice cream luminary has now teamed up with Wellington Chocolate Factory to turn Ambrosia into a chocolate bar. A milk chocolate bar made with cocoa beans from Vanuatu and loaded with marshmallows, with hints of cherry and yogurt throughout. $12.50 available from Duck Island and WCF

Made with New Zealand oats, Otis Oat Milk is so creamy it’s a winner in your everyday coffee. And now it offers those who prefer to forgo dairy a happy alternative in time for Easter. Their new chocolate version is as creamy and delicious as the original, but with added Fairtrade cocoa. All oat milks tend to settle, so give it a shake before pouring (or if heating it in hot chocolate, stir quickly before drinking), and you’re good to go. Growing oats is much more environmentally friendly than dairy farming, so the planet and your taste buds will thank you. $6, from New World and Moore Wilson

Gray Lynn’s bread and butter is a more traditional route to festive baking, but this year they gave in and launched two versions of their hot rolls – a fruit and spice version (with raisins, cranberries , currants and apricots, as well as cinnamon, cloves, coriander and ginger), and a chocolate lover (goodbye fruit, hello Belgian dark chocolate). Bread & Butter reminds us that Easter was originally held during the European vernal equinox, a feast at the end of winter and a celebration of Eostre, the goddess of dawn, new light and life. Place them under the broiler for a few minutes before enjoying them and wait for the kitchen to fill with the scent of spices and chocolate. breadandbutter.nz

This one could be divisive. A warm brioche bun, full of warming Easter spices, then a melted (and controversial) peanut butter and caramel seam from Pic in the middle. Yes, that’s a lot. That’s what Easter is all about. If you really want to go crazy, we dare you to visit eatwell.co.nz and whip up a divine hot crossbread pudding with a pack of these. In New Worlds Nationwide

A sweet egg for two

Executive pastry chef Callum Liddicoat has created a dessert that is both retro and contemporary – “the egg for two”, a refined gourmet twist on a certain sweet, cream-filled egg, but made to be shared. This divine dessert is surrounded by a chocolate mousse, with a melting center of salted butter mango and Chantilly cream. A delight for the eyes as well as the stomach. $25 at The Pantry, order at hyattpantry.co.nz

Made with dry gin, lemon oil, white cocoa, homemade Easter spice syrup, plus a hot cross rabbit to adorn your glass. Shake it up, then for the finishing touch, grate the spare sacrificial chocolate bunny in your package on top of your creation – Easter perfection.

Blaine Firefighter Honored – News, sports, weather, traffic and the best from Minnesota and the Twin Cities of Minneapolis-St. Paul.