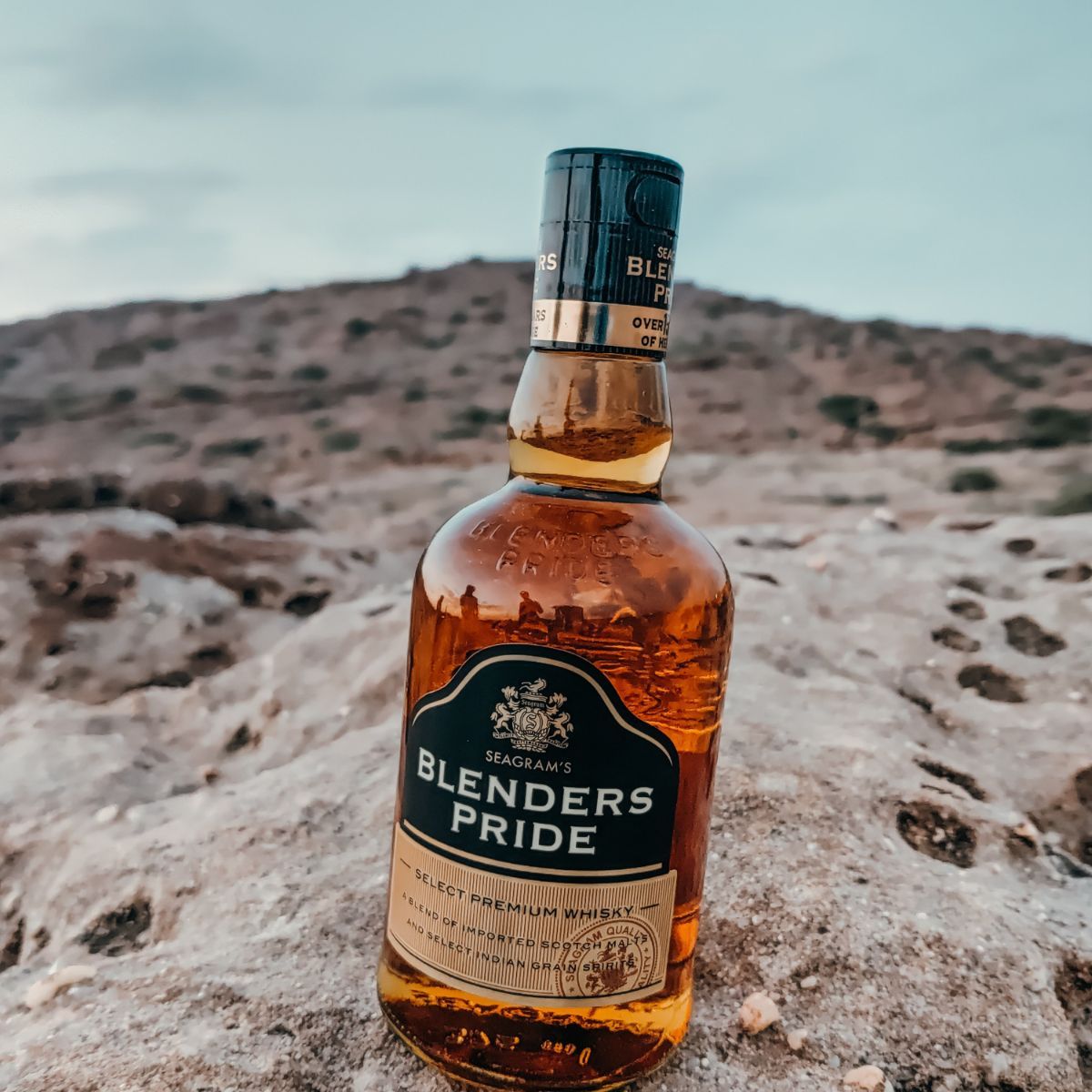 A complete guide to reading and understanding whiskey labels

Love a classic whiskey, but often get confused and stare down the aisle when buying a bottle? Well, we’re here to decode and help you read and understand whiskey labels.

Deciphering a whiskey label can be daunting, which is why many whiskey drinkers are unlikely to venture beyond a few mainstream brands. But knowing the technical aspects of whiskey production mentioned on the label can help you find a suitable drink that will appeal to your taste buds.

From Bourbon to Scotch to oak barrels, age and region of production, the label gives you all the details. And, with these, you can easily get your hands on the dram of your taste and talk in depth about the golden barley malt drink.

But, before we get into the details, it’s worth mentioning that you may see the drink spelled both ‘whiskey’ and ‘whiskey’. It’s because of the country of origin. American and Irish regions spell the drink with an “e”, while in Scotland and Canada it is spelled without.

Here is a complete guide to deciphering whiskey labels

The most striking and vivid detail on the whiskey label is the name of the brand or distillery. This is what distinguishes the bottle and gives the first impression of the drink to the customer.

However, there are more interesting things. Generally, the brand name gives details of the distillery where the whiskey was produced. For example, Glenlivet, Aberlour, Lagavulin and Suntory Toki.

However, blended malt whiskeys are exceptions. If distilleries sell the drink to blenders (as in the case of Chivas Regal and Johnnie Walker) or independent bottlers (such as Gordon & MacPhail, Compass Box and Scotch Malt Whiskey Society), then the name is that of the blender that makes the final unique product.

Mentioned just below the brand and the distillery, the age of the drink is the second most distinctive detail on a whiskey label. The Scotch Whiskey Act states that a spirit can only be called a whiskey after it has aged for at least three years. However, the minimum age of a whiskey may vary from place to place.

In the case of single malt whiskeys and blends, knowing the age is quite easy. It is mentioned on the label as, for example, “12 years old”. This basically indicates the age of the youngest whiskey used in the bottle. Other older whiskeys may also be present. In fact, they are commonly incorporated to create complex flavors.

Nevertheless, there are many cases in which whiskey marks do not reveal the age of the dram. These are marked as no age statement. Ballantine’s Finest, Glenlivet Founder’s Reserve, Johnnie Walker Blue Label, Chivas Extra and Talisker Dark Storm are examples of no age declaration.

But that doesn’t mean the older the better the whisky. Alcohol ages as long as it rests in wooden or oak barrels. Once poured into the glass bottles, it freezes and stops ripening until it is opened. From then on, the decomposition process begins where the drink oxidizes, causing the whiskey to change color and lose its flavor. Alcohol then becomes unpleasant for the taste buds.

Type of wood and barrels

This is technical information that talks about the taste and texture of whisky. For whiskey connoisseurs and those who take their whiskey on the rocks seriously, this aspect becomes quite crucial to understanding the color and flavor profile.

The type of oak barrels used, impart their own flavor to the alcohol as it ages. Many distillers use multiple wooden barrels to make the spirit richer and more intense. Charred new oak casks, ex-bourbon casks, sherry casks, Mizunarra casks and European oak casks as well as port, rum and wine casks are among the most commonly used.

Each has their own unique twist on juicing. While aged sherry casks add sweetness to the dram, aged bourbon casks add depth and provide a layered taste. In recent times, distillers have also started using different barrels to “finish” the aging of whiskey for a shorter period.

Region and type of whiskey

Another must-have detail on the label, mentioned below the brand and age, is the region and type of whiskey that is in the bottle.

Whether it’s American Bourbon whiskey, Irish whiskey, rye whiskey or blended malt, single malt, Scotch, Canadian and other whiskey, all these details are mentioned on the label. This gives information about the region that can affect the aroma and flavor nuances of the dram.

Scotland is considered the mecca of whiskeys and the generic term Scotch whiskeys doesn’t always work. It has five different whiskey producing regions: the Highlands, Lowlands, Speyside, Islay and Cameronbridge. Each of them has its own specialities, and therefore single malt Scotch labels also specify the region. In the case of other nationalities, the name of the country of origin is specified such as Irish, Japanese or Indian whiskeys.

Needless to say, the alcohol content is what defines the quality and type of whiskey produced. This is denoted by the percentage of alcohol by volume (ABV) or by the term “Proof” for American whiskeys. The latter is just double the ABV; which means 80-proof rated 40% ABV.

Bourbons are distilled at no more than 160 proof and then stored at less than 125 proof and corn whiskey is stored at 160 proof.

The coveted “bonded” or “bottled-in-bond” whiskey has 100 ABV or 50-proof, and is produced in a single distillation season (January to December). It is then refined for four years under the supervision of the US government. This American whiskey label must specify the distillery and other bottling details as the government takes responsibility for its safety.

Regular whiskey lovers can easily guess the size of the whiskey bottle by glancing at it. However, you can simply eliminate all guesswork and be sure of the volume by quickly looking at the whiskey label.

Generally, there are two ways to mention bottle size. The standard and easiest way is to state it in milliliters or ML. All brands of Indian whiskey follow this system. The other way, which is mostly followed by Scottish and Irish brands, is to mention the volume in centiliters or cl. If a bottle says 70 cl, it means 700 ml. Similarly, a 100 cl will imply 1 l and smaller quantities like 65 cl will imply 650 ml.

Expression is another detail that you may or may not find in most details these days. Brands usually give their name or that of the distillery which is popularly known, as well as the age. However, to commemorate special occasions or to catch the attention of the public, some special phrases are thrown around. For example, The Glenlivet ‘Founder’s Reserve’ was named after George Smith, the founder of whiskey giant Speyside.

Sometimes distilleries cold filter their products to remove impurities and esters. If present, they tend to make the drink cloudy and thick. However, in recent times filtration is avoided and if you see “not chill filtered” mentioned on your whiskey label, it means the drink has not been chill filtered by the distilleries.

If the whiskey label mentions the use of sour mash, don’t worry. It simply refers to the fact that some of the mash from the previous batch was used. This gives a new dimension to the flavor and adds a new detail about how the drink is made.

Another term that might be printed on the whiskey label is small batch. It usually indicates a handcrafted limited edition, but it is commonly used as a marketing strategy to attract buyers.

For our complete guide to Indian whiskeys, click here.