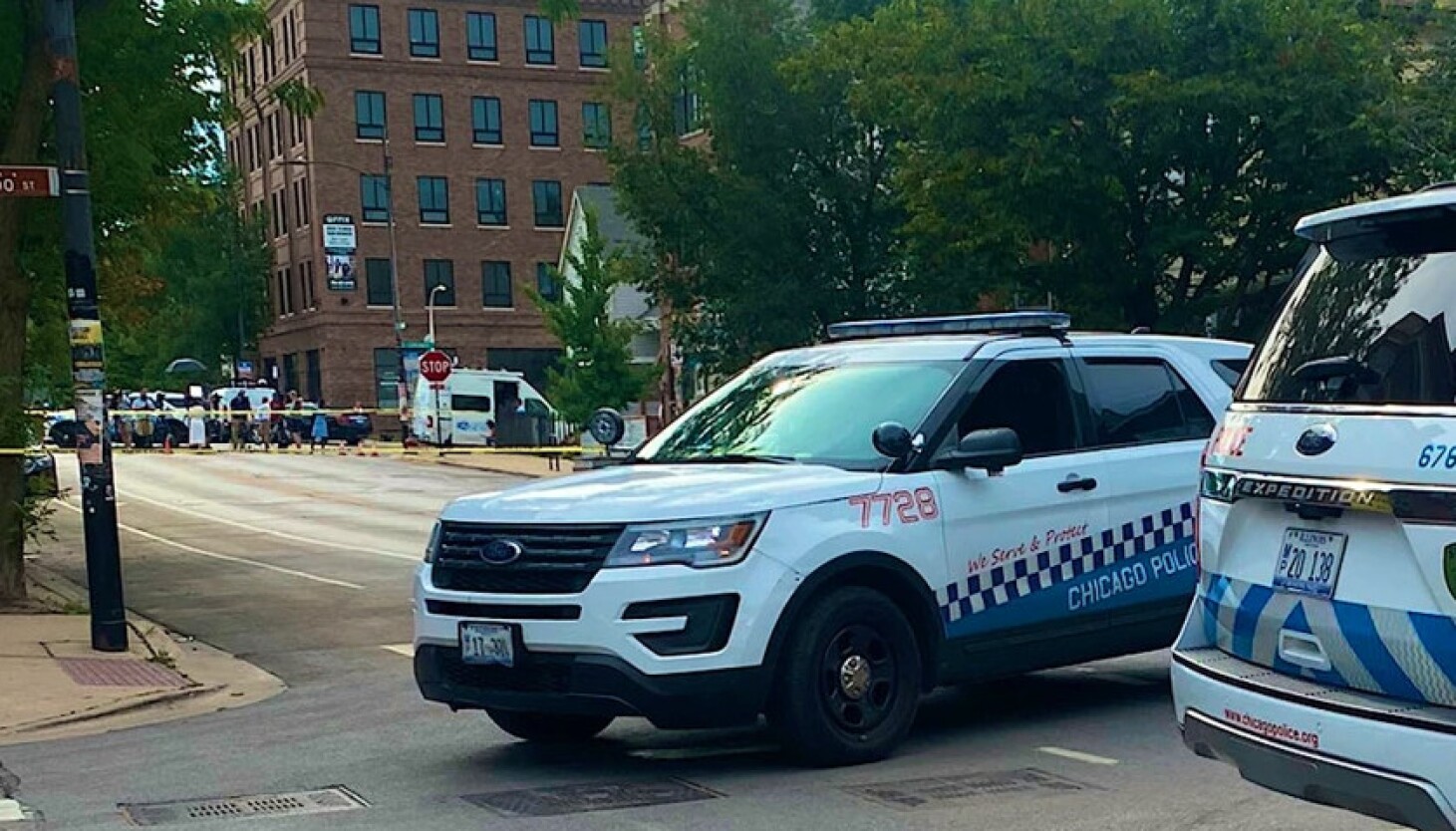 2 Chicago cops charged with crimes in Pilsen shooting. “They shot me for no reason”

Two Chicago police officers are facing charges in connection with an on-duty shooting this summer in Pilsen that left two people injured, one seriously.

Officer Ruben Reynoso, 42, and Sgt. Christopher Liakopoulos, 43, were both charged with aggravated battery with a firearm, aggravated discharge with a firearm and official misconduct. They could face a maximum of 30 years in prison, according to state attorney Kim Foxx.

The officers are accused of lying about being shot first. Their “claims have been contradicted by videotaped evidence”, which shows that they in fact fired first, Foxx told a news conference.

Reynoso has been in office since 2003 and Liakopoulos since 2001, Foxx said. Both were assigned to the Major Accidents Unit at the time of the July 22 shooting.

They were in plain clothes and riding in an unmarked patrol car when they stopped to investigate a group of people in the 1000 block of West 18th Street around 7 a.m., a source told the Sun-Times.

Gunshots erupted and Miguel Medina, 23, was shot in the back and thigh. Foxx said he was not in possession of a firearm. “The officers had no provocation or justification to shoot the unarmed victim,” she said. “The evidence does not support the use of lethal force.”

Another person on the street returned fire, Foxx said, but none of the officers were hit.

Lawyers for Medina said they intend to file a lawsuit against Liakopoulos on Friday in federal court, alleging false arrest and excessive force.

“Miguel Medina was committing no crime and breaking no law,” attorney Gregory Kulis said in a statement. “Miguel Medina left. At that point, it is believed that Chicago Police Officer Christopher Liakopoulos began shooting at the individuals, including Miguel Medina.

Reached by phone on Friday, Medina said the police “shot me for no reason”, adding: “Once the video is released, it will show what happened”.

Medina said he was walking to a friend’s apartment the morning of the shooting and was not holding anything in his hands when he was shot. Medina said he was angry and the city “really needs to do a better job of hiring the officers they put there.”

“It drives me crazy,” he said. “I understand that there are good cops, but there are also bad cops.”

Medina said he was “recovering slowly but surely” from his injuries.

Don Terry, a police spokesman, declined to comment on the police investigation. “This is now a criminal case,” he said. “We are not commenting further. What you have, you need to get from the state attorney who just held a press conference.

Police Superintendent David Brown first said officers approached a group of four masked people around 7 a.m. outside a store. When the officers identified themselves, a gunman from the group “immediately” began shooting at them from their police cruiser, Brown said.

A 35-year-old ‘innocent bystander’ in the area suffered a scrape on his leg, Brown said at the time, adding it was unclear if the man had been hit by a bullet fired by police or individual from the group the officers approached.

A source with knowledge of early police investigations said officials initially only had one video of the shooting, which was hard to make out and had no sound. Brown’s claims at a press conference after the incident were based primarily on the allegedly false statements of the two charged officers, the source said.

Soon after, other videos surfaced that contradicted those claims, the source said. Brown, however, never updated the media on the development of the story.

Police initially arrested a 17-year-old boy and a 25-year-old man after the incident, but the two are currently not facing charges. Foxx said an investigation is continuing into the minor’s involvement in the shooting incident. There is no police body camera footage of the incident, Foxx said.

Reynoso and Liakopoulos have been relieved of their official duties. They went to a police station on Thursday evening, Foxx said.

The Civilian Police Accountability Office is investigating the shooting and has a September 22 deadline to release documents related to the shooting, including videos.

“We’re not celebrating the police indictment,” Foxx said, adding that his office supports the “hard-working men and women” of the police force.

“But we cannot ignore or support unprovoked acts of violence, even from those who have sworn to serve and protect our community,” she said.

Both officers were due to appear in bond court on Friday afternoon, where a fuller account of the evidence against them will be read by prosecutors.